May 18, 2022
6NewArticles
Home Entertainment Bollywood Ab Hoga Insaaf: Rakhi Sawant Can Do Anything 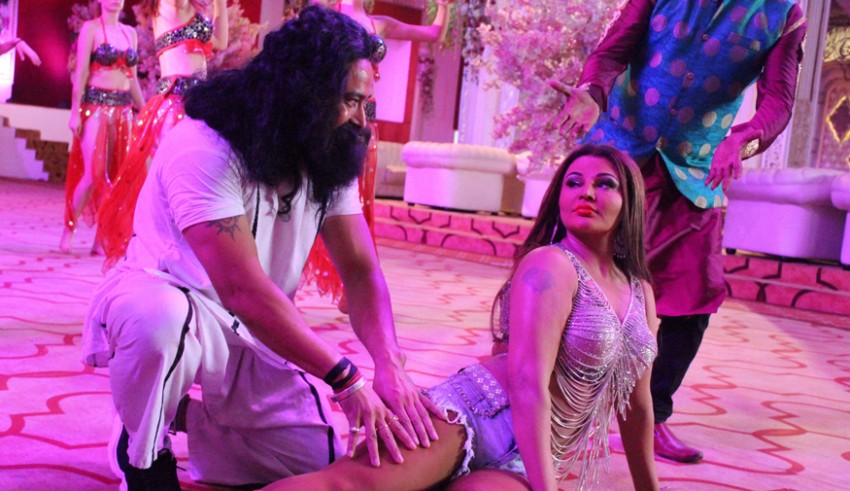 Rakhi Sawant has been known to cross all boundaries to do what she decides once to do. Sometimes it is for mere attention, other times it is to prove her own statements. This time, she has set her heart on exposing the misdeeds of Gurmeet Ram Rahim Singh Insaan via a movie. The movie is to be called ‘Ab Hoga Insaaf’ and an item number has been released from the movie. Rakhi Sawant plays the role of the Dera Chief’s daughter Honeypreet Insaan. The stills from the item song are enough to prove the extent to which Rakhi Sawant has gone to prove that Gurmeet Ram Rahim Singh Insaan was a fraud.

Rakhi Sawant was in Delhi to shoot for the movie. The item song ‘Bewafa Item’ goes on to show the lifestyle of the convicted Dera Chief. The set is lavish, huge and glittery. Rakhi herself showed off her dancing skills in the song in front of beautiful lights. The movie is to be directed by her brother, Rakesh Sawant and Aijaz Khan will be playing the role of an investigating officer in the movie. The role of Honeypreet would be played by Rakhi herself, Honeypreet being famous for being the closest to Ram Rahim, doing everything for him from helping him make the movies to working for the promotions of the movies. The cast for Ram Rahim’s biological children has not been revealed yet.

Ram Rahim was convicted of two rape charges and sent to imprisonment for 20 years, fined an additional Rs 30 lakh. After his conviction, many have stepped up to reveal things about the Dera Chief that they were scared of telling anyone before. However, Rakhi Sawant’s movie is perhaps the boldest step that anyone has taken so far. The movie would be getting a lot of coverage given the high profile of the case.