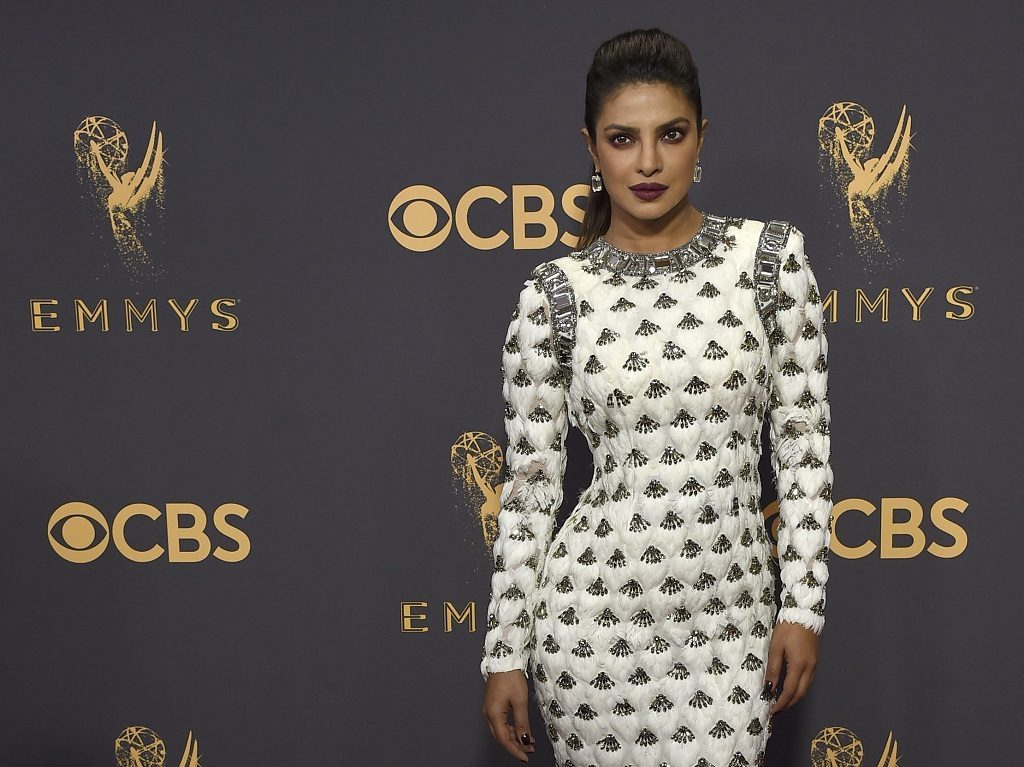 17th September was a gala night for Los Angeles. The 69th Primetime Emmy Awards were hosted in Microsoft Theatre. The night was almost perfect, save a few mistakes that were highlighted over social media. Priyanka Chopra was one of the main centres of attention of the event, looking stunning in a white Balmain mermaid creation. She turned heads everywhere she went and was the hype all over social media. The Baywatch star was not the only one who ruled social media. A small event that happened during the ceremony became the talk on social media.

One of the Emmy announcers made a huge mistake that instantly became the topic of discussion on the grapevine. The announcer had to call Priyanka Chopra and Anthony Anderson to the stage to present the award for Outstanding Variety Talk Series to John Oliver. Instead of calling out the name for Priyanka Chopra, the announcer seemed to have misspelled her last name and missed an ‘r’ in the name, pronouncing it as ‘Chopa’. This instantly caught the attention of all the viewers watching the show. Priyanka, herself, seemed to ignore the little mistake, recounting the night on her Instagram profile.

What a night it's been at the #Emmys… #ShimmyShimmying in @balmain. Congratulations to all the winners, thank you for revolutionizing the world of Television. #ThatKindOfNight So proud of the incredible artists that came together to make tonight epic! Big props to @rizahmed @azizansari #represent! Congrats #biglittlelies #handmaidstale #thisisus !

Ay @priyankachopra we got you girl pic.twitter.com/ScBzRMMG71

Did this dude just call her "Priyanka Chopa"? wtf

Hey #Emmys is @priyankachopra's name REALLY that hard to pronounce? CHO-PRA !! Not "Choppa" My Nana would be so pissed right now pic.twitter.com/dPBgBne4iQ

Priyanka gained her fame in the West with her TV show Quantico and her songs. She then went on to star in Hollywood movies, her most recent film being ‘Baywatch’. This was her second time attending the Emmys and both the years, her fashion sense was well-appreciated and admired. Last year, she presented an award with actor Tom Hiddleston in a red chiffon dress that became popular on social media. The Emmys, however, have not nominated Priyanka Chopra in any category so far.