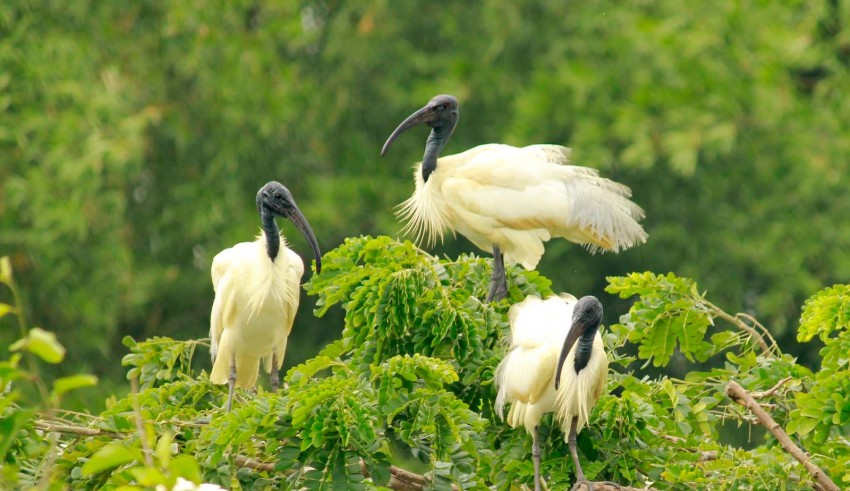 I have often noticed that people avoid visiting forests and wildlife sanctuaries during the rains. However, I personally believe, that there is no better time or season to experience the purity of nature than the monsoon. Last year, that is exactly what I did to spend a rainy weekend. The June rains were on and off and I found a day to head to the Ranganathittu Bird Sanctuary. The largest and most popular bird sanctuaries of the state, Ranganathittu is known for its population of some exotic avian species. Although winters are the best times to spot the migratory birds, monsoon is equally a great time to explore and see the resident avifauna, especially the water birds. I realized that to make the most of my trip I would have to rent a reliable car in Bangalore with an expert driver.

The sanctuary is about five kilometers west of Srirangapatna and 16 KM north of Mysore. This thick patch of forested land sits on the banks of the Kaveri River and makes for a scenic sight. During the rainy season, the river overflows and sometimes floods the sanctuaries, but my trip was timed right and the rains had not caught on yet.

The entrance to the main forested area was through a manicured garden leading to the river banks. There was a line of small ferry boats docked along the banks available for a tour of the park. I hopped onto one which was about to leave with a group of tourists. The river banks were dotted with mangroves, broad-leaved trees, bamboo forests, and palms. And everything was greener than they usually are. The nesting areas were mostly concentrated around the marshlands and sandy river islands. There were six of such islands spread across the river. This was where water birds thrive. Bird sanctuaries always make for an exciting place to be, giving us a peek into the lives of these beautiful creatures.

As the boats drew closer to one of the islands, I spotted a bunch of black-headed ibis feasting on a dead fish and snails. There were also a few otters scampering in and out of water. During the rains, the population of fishes, snails, and other water creatures also increase, which brings flocks of kingfishers to this place. They hunt and feed on the river and nest in the marshes.  Apart from them, we also spotted wild ducks, egrets, herons, terns, and darters, randomly, at different parts of the sanctuary.

A little ahead, a flock of darters was hunting for worms in the mud, when I also noticed a large, lone pelican, in the middle of a flock. The other groups seemed undisturbed by the presence of the pelican and continued with their hunt. This is usually not the season to spot these birds, which meant that it probably missed its flight group back to its home. Thankfully, there was enough for the lone ranger to feed on till the next season.

This was also the season to spot crocodiles. But since the water level was higher, the crocodiles would have moved further into the land to laze on the ground. The tour guide swerved the boat around to a thicker marshy area and made us step out. This was where most crocodiles were found in this season. We were along the edges of the water and were prevented from heading deeper into the land, or straying from the group. A few feet away, half-hiding into the reeds, was a giant crocodile. There were four or five baby crocodiles slithering on the mud. The mother croc (or probably the father) was oblivious to the flock of terns who were sitting on its hide and picking on dirt and worms. The guide said that this bird sanctuary has the largest population of freshwater crocodiles in the state.

I tried to take a few steps ahead for a closer look and get a good photograph, but our footsteps drove the crocodile away back inside the tall grass.

We went back to the boat and drove around for a little while longer since the tour was for a couple of hours. The clouds had started to gather and became darker, signaling a heavy shower soon. I tried to capture the birds and the place as much as I could. On our way back, I took another look at that lone pelican I had seen earlier with the darters and noticed that another large pelican had joined. At least now there were two of them to get through the season and wait for the rest of their friends to join them in winter.

After my entire tour, I realized that monsoon was definitely a good season to explore the sanctuary, and I would love to go back again this rainy season.