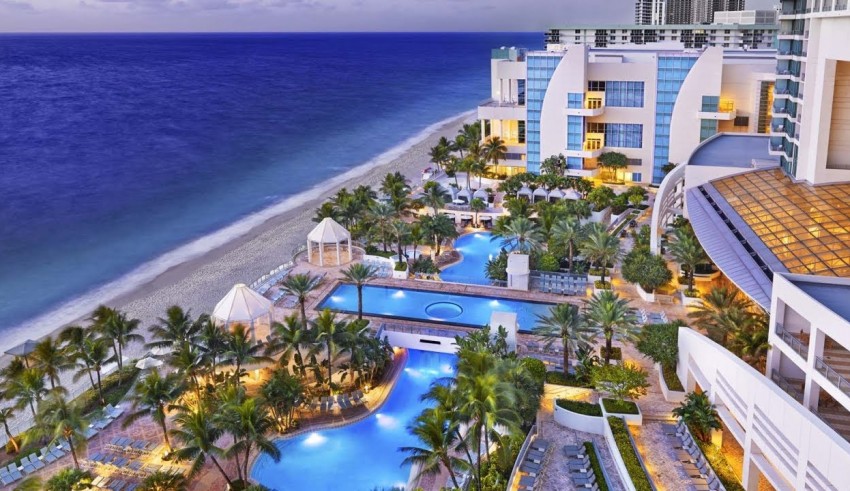 Known for its beaches and boating canals, Fort Lauderdale is the county seat of Broward County in Florida, US. It is a popular tourist destination with about 3000 hours of sunlight throughout the year. It is a principal city in the Miami Metropolitan area and is home to about 6,00,000 people. The district has about 560 hotels and motels with about 35,000 rooms. There are over 4,000 restaurants in the district along with 63 golf courses, 12 shopping malls, 16 museums, 132 nightclubs, 278 parkland campsites, and 100 marinas housing 45,000 resident yachts. You have to consider many parameters before you make travel plans for the city like temperature, rainfall, snowfall, humidity, and safety. Here is your travel guide if you are on the lookout to visit Fort Lauderdale:

The temperatures vary very slightly throughout the year. It is hot for six months and fairly pleasant for the rest of the six months with precipitation. The climate in the area is less temperate than other tourist destinations. The months of November to April have ideal temperature. The hottest month is August, with about 33.1°C, and the temperatures can drop as low as 25.9°C at night. It rains the least from January to March but from July to September, one can experience about 4 days of rainfall on an average. No annual snow has been reported by the weather stations in Fort Lauderdale. The most humid month is September while the least humid month is March. The winds are usually moderate, the windiest month being November.

As of January 2018, there are no travel advisories or warnings for the United States of America but even then you should exercise normal security precautions.

The busiest month is July which is followed by December and February. The prices of the hotels soar in these three months but even then you can get discounts if you book well in advance.