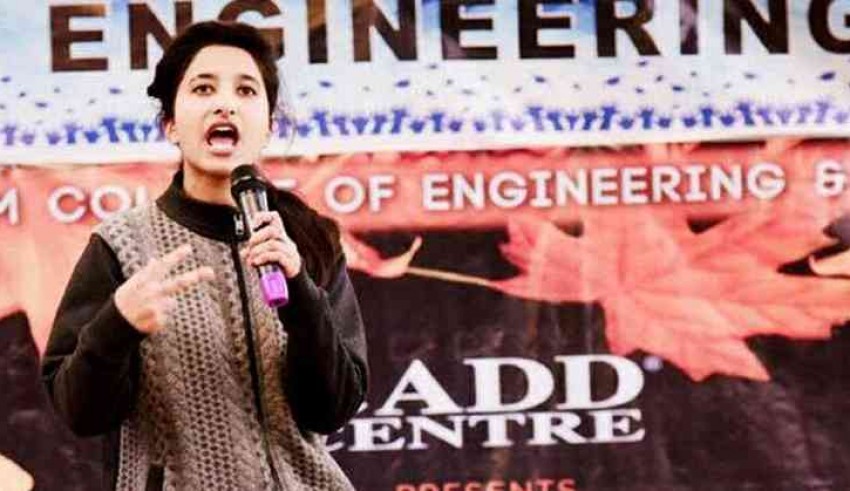 A 17-year-old female from Kashmir got inspired by Eminem and is shaking up the conservative, Muslim community with rap to protest against the oppression in the long-disputed territory. “Rap is my way of expressing resistance,” said Emcee Mehak Ashraf, who goes by the stage name Menime, which is American rapper Eminem’s name spelled backward. Menime has become a sensation in the region, which despite being controlled by India is a place where girls are sometimes not even sent to school. She is Kashmir’s first known female rapper and is a shy and gangly girl who is often found in a gray and purple hoodie. She began scribbling lyrics from the age of 12.

Menime says that she sometimes put aside her homework to create rhymes about feeling isolated despite the freedom that was hovering nearby. “A bird in the trap is also sad, it also wants freedom, so bad! It wants to fly high in the sky and tease the people passing by,” she wrote when she was just 12. Her dizzying tempo first drew attention from the local radio producers but not for the reasons that she had hoped for. “I told them (radio producers) that I’m a political rapper and my songs depict the reality of Kashmir,” said Menime, recounting an appearance she made on Kashmiri radio in 2016. “They didn’t want me to touch politics.”

However, she did not want to miss the opportunity and performed hits by her idol Eminem along with hits from rapper Nikki Minaj. “But I decided not to perform there again,” she said. “All my life I have seen the brutality of Indian occupation. I want to be a political rapper and have my voice heard.” Her voice was heard and she was contacted by the rap duo A.H.M. Dexterity, who were interested in having Menime join them in founding a triad of political rappers. Since joining A.H.M Dexterity, Menime has become a larger voice where rap remains on the fringes of mainstream music. She gained attention after releasing a freestyle video online.