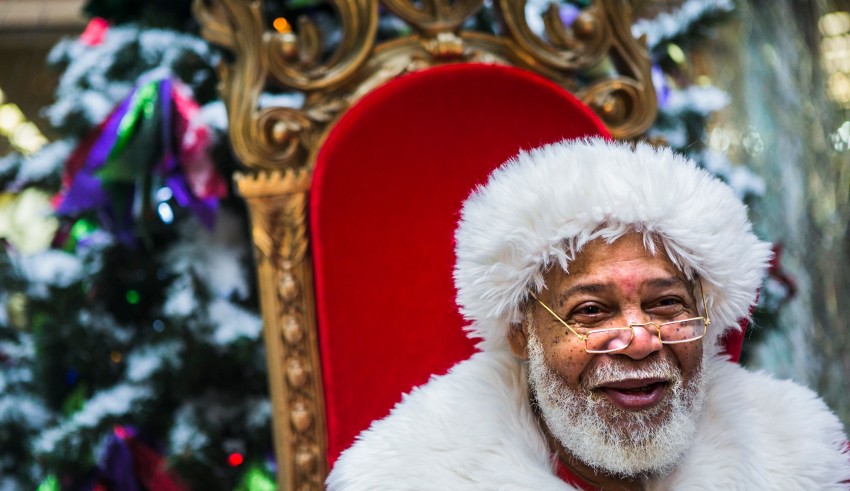 Everyone loves Santa Claus. He might be among the few characters on Earth that is loved by all and statistically unlikely, may have very few haters. Whenever you think of Santa, you think about an old and fat man in a red suit, a red hat, and black boots. Ever think about the skin color of Santa? Probably not. According to the US Census, nearly 63% of the residents of Memphis are African-American. Even then, the Santa Clauses of the city remain majorly white. This changed and has made Memphis a major pit stop for travellers from across the South to see the city’s famous black mall Santa Claus.

“Not to be funny, but they want to see a black Santa,” said Raymond Conley, 65. He has been the resident Kris Kringle for the past eight years at Southland Mall, the retail anchor for the South Memphis neighborhood of Whitehaven. “They come from Texas, St. Louis, Atlanta,” he said. “They want their kids to see a black Santa.” In 2016, the sprawling Mall of America in Bloomington, Minn., hired its first black Santa, for a residency of only four days that this year expanded to nine days. The result was a Santa who was “booked solid.”

The move attracted plenty of social media hate as well as support but not as much as attached to Megyn Kelly when the Fox News personality waded into the Santa debate on air in 2013: “By the way, for all you kids watching at home, Santa just is white.” However, it is not specified anywhere that Santa has to be white. Santa can be any color or race. He could be Asian, Mexican, Black, White, or Indian too. “It’s symbolic. Santa can be any color,” said Conley, a light-skinned, freckled man with a trim white beard who said he has been mistaken for “a Mexican, an Asian, all of that.”