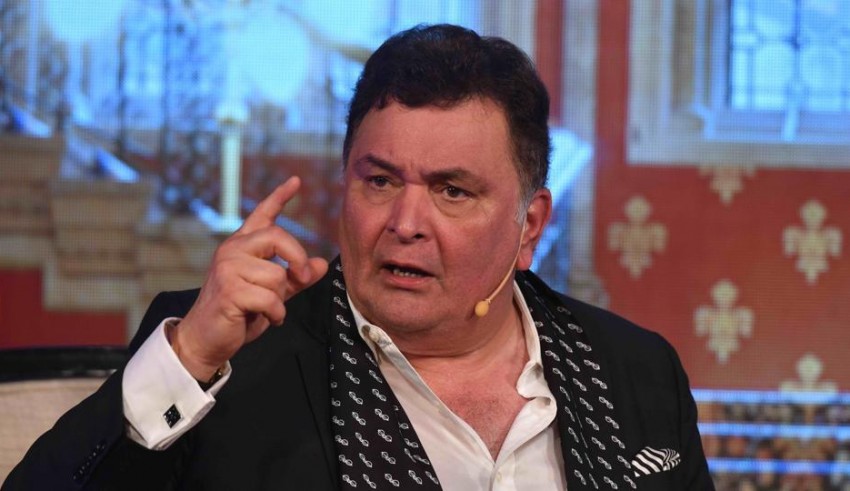 Rishi Kapoor is one of those Bollywood actors who often makes it to the news for voicing his opinions, whether it be on Twitter or in person to the media. He has said many things and bashed about many people without ever thinking or caring about the consequences or the repercussions that follow his words. Many blame it on the bottle but there are others who believe that he is outspoken and really does not care about what people think about him. Another incident of his outspoken behavior came to light at a book launch event that was hosted by the Kapoors.

Quite recently, the Kapoors held a special book launch event for the biography of late actor Raj Kapoor. Rishi Kapoor was there at the event and made his presence the news again. Despite the fact that the people who showed up at the launch event had invitations, Rishi Kapoor objected to their presence. There were three journalists who showed up for the launch event and Rishi Kapoor confronted them asking them who they were just as they were waiting to enter the venue. “Aap log kon ho?”, he asked them and when they showed their credentials and told him that they were with the papers, he murmured something before walking away, saying, “… muft ki daaru.”

This offended the journalists and soon they were confronted by Rishi Kapoor’s personal security guard who told them that Rishi Kapoor did not want them at the event and proceeded to escort them away. The hotel security in-charge diffused the situation explaining that Kapoor had created a scene at the hotel twice before. The publicist from HarperCollins apologized while also adding that there are a lot of other stakeholders in such events that involve celebrities. “Please come in, grab a drink or two,” he said, 20 minutes after the event had begun.