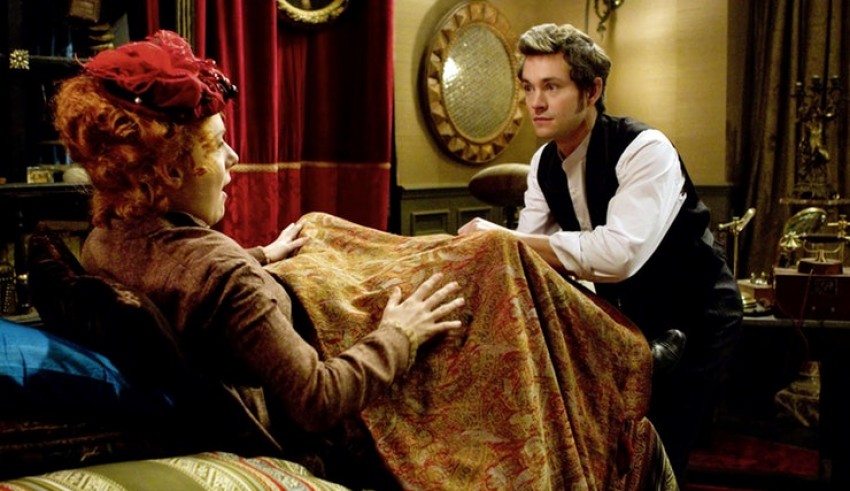 Everyone is aware of the sex trends that are common among today’s times. These include spanking, the use of sex toys, public displays, and the FreeTheNipple movement. However, some of the trends that we see today have their roots deep-seeded into the history of mankind. Some of the weirdest trends that originated way before the 21st century are mentioned below:

1. In Ancient Egypt, wearing lipstick meant you are good at oral sex

Now this may seem quite weird to read first, but it is true. Egyptians are believed to be one of the first settlements to start the use of makeup, although not for enhancing beauty. It is also believed that Egyptian courtesans would show off their oral sexpertise by coloring their lips and it may also be the reason that we have a fetish for red lipstick. After all we learn from our past.

2. Tentacle pornography is not something of today

Tentacle pornography is a very weird thing for a normal person to digest. But the Japanese are very interested in the art of tentacle-related pornography. This trend started back in the 19th century and Hokusai was the first Japanese artist to have depicted the coupling of humans and octopus. In 1814, he painted a woman enjoying coitus with an octopus and titled it “The Dream of the Fisherman’s Wife.”

3. Foot fetishes had their origins back in the 18th century

This is hard to believe at first glance but apparently, Russian monarchy employed official foot-ticklers whose only job was to satisfy their foot fetishes. This was particularly believed to be the case with Tsarina. According to the stories, other jobs of the foot-ticklers included spanking and singing dirty songs for the pleasure of the Tsarina.

4. Pointy shoes were quite the talk in the Middle Ages

This is one of the most bizarre comparisons. One fashion trend that made waves in the 15th century were pointy, long-toed shoes called Poulaines. It was believed that the pointier your shoe, the larger was your penis size.

5. The historical solution for erectile dysfunction