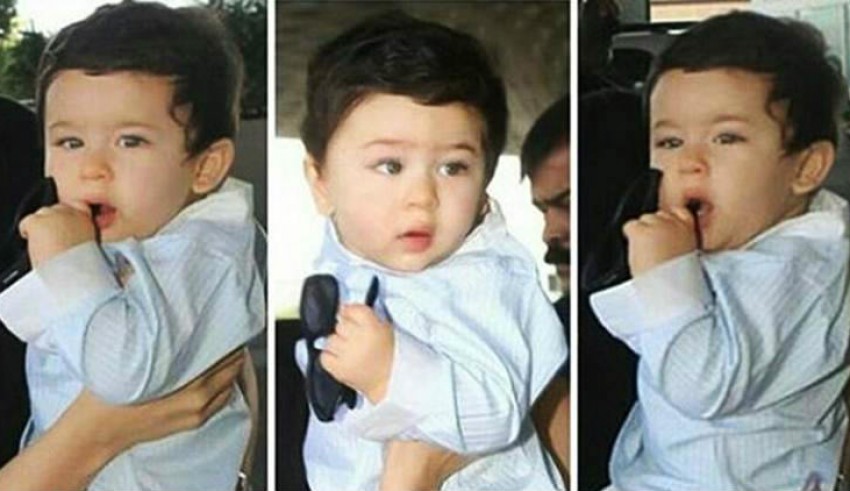 Named amidst a lot of controversies, little baby Taimur Ali Khan will be turning one this year. His birthday is one of the most awaited events in Bollywood. Everyone is excited and is wondering how Kareena Kapoor and Saif Ali Khan will celebrate Taimur’s birthday. While there are some who say that it will just be a quiet family celebration, there are others who believe that the party will be a big one with a peppa-pig theme. Everyone is waiting for December 20, it could not come any slower as the anticipation and curiosity surrounding the little baby’s first birthday bash increases by the second.

One thing is for sure though, Taimur’s birthday will be celebrated at the family palace. The Nawab family will be flying out to the Pataudi Palace in December mid week to begin the celebrations of a week-long party. Both sides of the family, the Kapoors and the Khans, will be present, with special excitement shown by Taimur’s grandmother Sharmila Tagore and Karisma and her kids, Samaira and Kiaan Raaj.

Other members of the guest list include Shah Rukh Khan with his son AbRam Khan, and Karan Johar and his two little babies, Roohi and Yash. Saif Ali Khan’s daughter from his previous marriage, Sara Ali Khan will also be present along with Ranbir Kapoor. There are also some rumours that are circulating that baby Taimur Ali Khan will be wearing a baby tuxedo for the party and that is something that everyone’s heart would melt over. The Pataudi family has decided on having a royal meal for all their guests during the entire course of the celebrations. The little baby’s birthday is going to be a really huge starry affair and it is something that no one can afford to miss, what with the celebrations and the baby in a tux.