January 24, 2022
6NewArticles
Home Politics National Obama To Modi: India Should Not Be Split On Sectarian Lines 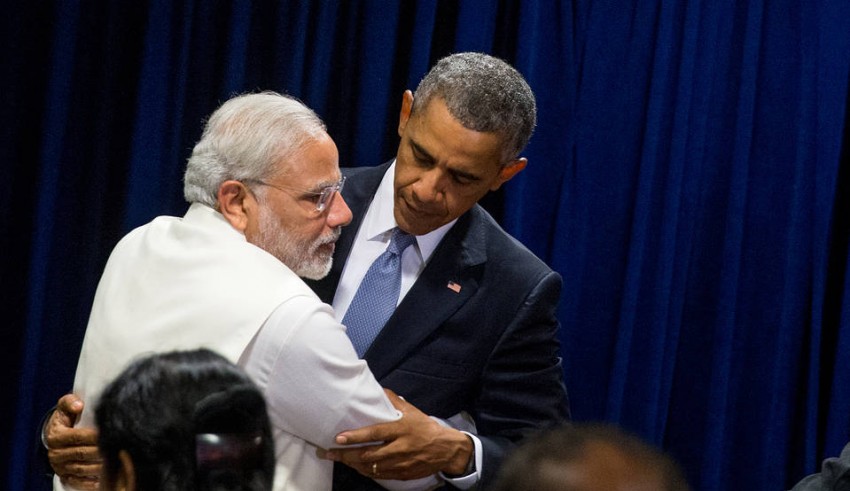 After three years of publicly cautioning India about the forces that might try to undermine its unity on the basis of religion and sects, former US President Barack Obama said on Friday that when he held office as the President of USA, he had told Prime Minister Narendra Modi in person that India must not be split into sectarian lines. Speaking at the Hindustan Times Leadership Summit, Obama also emphasised that India must cherish the fact that Muslims in the country clearly identify themselves as Indians.

“A country shouldn’t be divided into sectarian lines and that is something I have told Prime Minister Modi in person as well as to people in America,” he said.

This was Barack Obama’s first visit to India after leaving office in January this year. During his visit he said, “There’s a counter-narrative taking place, at all times, but it’s particularly pronounced now… in Europe, US and sometimes in India where those old tribal impulses reassert themselves under leaders who try to push back and under leaders who try to exploit them.” He also said that Prime Minister Narendra Modi is a firm believer in a united India and and that Modi firmly believes that unity is necessary for the progress of the nation.

Obama also talked about his friendship with former Indian Prime Minister Dr Manmohan Singh and praised the fact that the modern Indian economy had its foundations laid by Dr Manmohan Singh. Barack Obama said that the common denominator and the unifying theme of both the leaders’ tenure has been a focus on improving India-US relations.

At the summit, Obama said, “For a country like India where there is a Muslim population that is successful, integrated and considers itself as Indian, which is not the case in some other countries, this should be nourished and cultivated.”