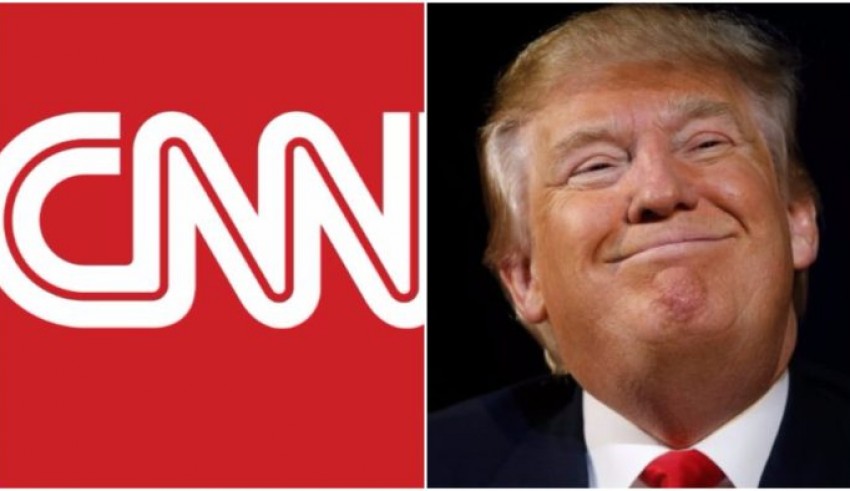 The feud between CNN and President Donald Trump has been going on for what seems like forever. Each one keeps taking shots at the other one. President Donald Trump never acknowledged the CNN network to be a true news reporting network and has been calling the network ‘Fake News’ ever since the start of his term as the President of the United States of America. A couple of days ago, Donald Trump took another shot at the network, saying that while Fox News remains a much more important news network in the United States of America, CNN International is a prominent network when it comes to the rest of the world. He tweeted that CNN has been reporting fake news and representing USA very poorly to the rest of the world. Trump tweeted that the outside world does not see the truth from the network.

.@FoxNews is MUCH more important in the United States than CNN, but outside of the U.S., CNN International is still a major source of (Fake) news, and they represent our Nation to the WORLD very poorly. The outside world does not see the truth from them!

It's not CNN's job to represent the U.S to the world. That's yours. Our job is to report the news. #FactsFirst 🍎

CNN might have led a few jibes slide away but they were not going to let this one go. The official network handle tweeted back at the President that it was not their job to represent United States of America to the rest of the world but the job of President Donald J. Trump to represent America when it comes to the rest of the world and their job is just to report the news. The network ended their tweet with a hashtag ‘#FactsFirst’.

Donald Trump has criticised CNN throughout his campaign and has on more than one occasion, called the network ‘Fake News’. He has received a lot of criticism from the network reporters, talk show hosts, social media, and the general public as well. However, it seems that this reply from CNN silenced the President’s criticism as it has been two days and he has not replied to the tweet as of yet.