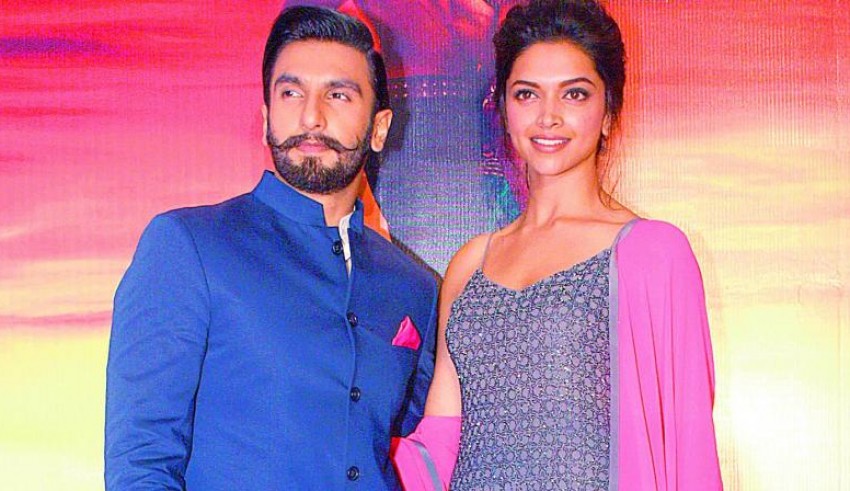 On one hand, Ranveer Singh and Deepika Padukone have never acknowledged their relationship publicly, while on the other hand, they have never denied its existence either. They are one of the main couples that come to mind when thinking of the couples that are the talk of Bollywood. Their fans are sure of their relationships after several glimpses of their love for each other that they have let on for their fans. Their real-life as well reel-life chemistry makes it obvious for everyone to know that they are dating without saying the words out loud.

The controversies surrounding Padmavati have put doubts on the movie ever seeing the light of the day which has put everyone into gear, striving to keep hopes alive. Deepika made an appearance on Shah Rukh Khan’s show “Baatein with the Baadshah” and during the show, Shah Rukh Khan played a video message for Deepika, starring none other than Ranveer Singh. In the video, Ranveer was seen shuffling to the tunes of ‘Ek ladki ko dekha toh aisa laga’ and if that was not enough, he ended the video leaving a personalized message for Deepika. At the end of a few lines of the song, Ranveer said that Deepika’s presence has brought light in his life and that may her presence always be there. He topped the already cute message by asking God to bless Deepika and telling her that he loves her.

Update: 🎥 Ranveer Singh's special message for Deepika Padukone on #LuxGoldenDivas 'Your like a glowing ray of light, you bring light into my life ' ❤️ Tfs @ranveersinghtbt 😘

Deepika too had acknowledged the fact that she feels very comfortable around Ranveer Singh, saying that the fact that they keep each other grounded being the foundation of that comfort. When asked if she had any plans for settling down in 2018, all she said was that she was not comfortable doing time bound tasks and whatever would happen to her equation with Ranveer, it would unfurl itself in its own time and manner.