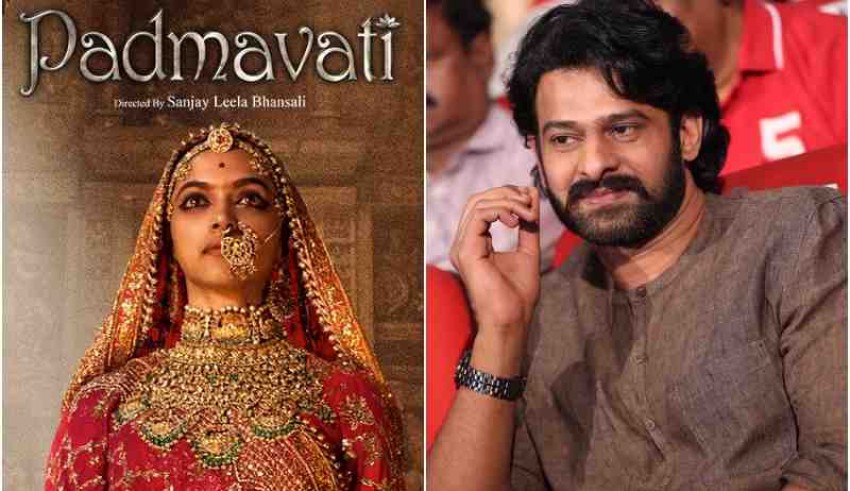 The controversies surrounding Padmavati seem to go on for an eternity now. The troubles do not seem to be ending at any cost, getting worse every single day. Celebrities get the second worst treatment after the crew members of the movie. Whenever a celebrity expresses his or her views and opinions on the ongoing controversy, social media starts to bash the celebrities for expressing their opinions. The most recent celebrity to be questioned for his opinion on the controversy is the South Indian rebel star, Prabhas. He had tried hard to steer away from the controversy but he was dragged into it. While he was forced to express an opinion on the Padmavati controversy, he handled the situation quite smartly.

Recently, Prabhas was asked to express his opinion on which side of the controversy would he be on. Prabhas knew how much of a big gossip would a simple statement from him become. This was one of the main reasons that he had refused to speak about the issue or the movie for so long. As it is, Prabhas does not interact much with the media and in an intelligent move, when asked to speak about the movie, he avoided the topic, saving himself from creating more trouble for himself. By refusing to talk about Padmavati, he saved himself from being targeted by social media as well as the gossip by the tabloids.

Prabhas was advised by his uncle, Krishnam Raju, to not speak about any such matter and avoid such matters altogether. Prabhas heeded the advice and avoided any unwanted or negative publicity. He knew that siding with one side of the debate would only get him in trouble with the other side. After his success in Bahubali, he was approached for an opinion and he chose the intelligent option of remaining silent and thereby, neutral in the debate.