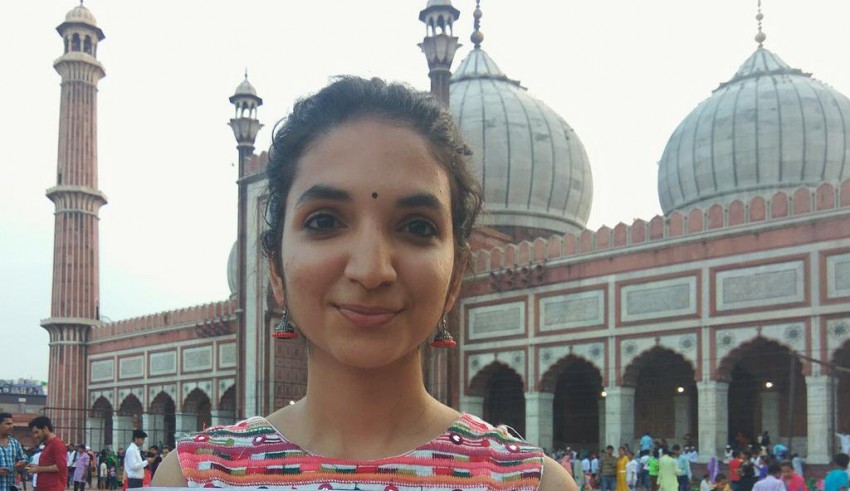 A DU based student activist, Kawalpreet Kaur, has gotten a Pakistan based Twitter handle suspended by getting huge support in reporting the page. The Twitter handle in question, @defencepk, posted a morphed picture of Kawalpreet Kaur on Saturday evening. The picture had first surfaced in June by Kawalpreet herself, a day before the #NotInMyName protests in the city. In the original photo, she stood in front of the Jama Masjid, with a placard that read that she is against the communal mob lynching of the Muslims in our country and that she stands for the secular values that our Constitution is based upon.

The account of @defencepk has been suspended by twitter for posting my unverified & morphed pictures. Grateful to all who reported it in large numbers. The message of the picture shouldn't be lost in these dark times. No nation wants lynchings & killings. Only bigots wants hate.

However, @defencepk, a verified Twitter handle, posted a morphed photo of Kawalpreet holding a placard in front of the Jama Masjid which read, “I am an Indian, but I hate India, because India is a colonial nation that has occupied nations such as Nagas, Kashmiris, Manipuris, Hyderabad, Junagard, Sikkim, Mizoram, Goa.” After seeing the changed picture, Kawalpreet was shocked and saw that people were already coming out in her support. She, too, asked the page to remove the picture and apologise for their action, but sadly the picture was not removed and instead the page retweeted a quote by Kawalpreet and said that they wanted her to talk about Kashmir. The supporters of the page said that they called this the ‘freedom of speech’ without understanding that what the page did was illegal.

Kawalpreet revealed that this was not the first time that her picture was misused. She said that earlier too the message on the placard had been changed to ‘Ram Mandir Yahin Banayenga.’ She said that she had reported the matter to Delhi Police and the Cyber Crime Cell too but without any fruitful result. About the page’s post, she said that she does not wish to be a pawn stuck between the two nations for an ‘Anti-Pak’ or an ‘Anti-India’ agenda.