May 18, 2022
6NewArticles
Home Lifestyle Health Father Suspects Son Of Smoking For Breathing In Too Much Of Delhi Air 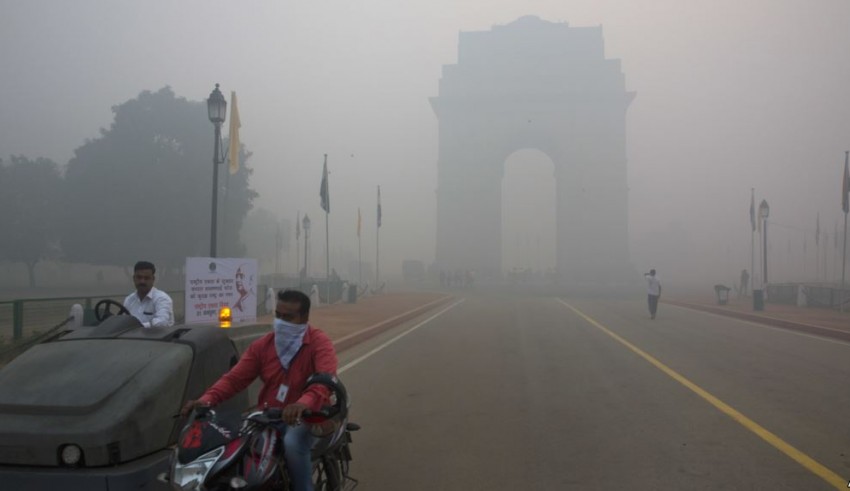 A humorous incident came to light concerning the pollution problem in New Delhi. A 20 year old boy came under the suspicion of his father. “Shakki” Kumar suspected his son, “Sutta” Kumar, of smoking. His suspicion started when the son came home and started breathing in too much of Delhi’s polluted air. He was caught breathing in air in the balcony. Studies suggests that at the current level, breathing in the air in New Delhi is equivalent to smoking 22 cigarettes a day.

The father of the young boy, Shakki Kumar, said that ever since the pollution levels in the city have gone up to emergency levels, his son, Sutta Kumar, has been waking up regularly in the morning and going for a walk. He said that his son cannot make a fool out of his father showing a sudden interest in discipline, fitness, and health, and that he is just going for walks in the polluted air to fulfill his urges for nicotine. The father’s suspicions increased when he noticed that his son was frequently standing out in the balcony of the house, even though there was no presence of any good looking girls in the neighborhood. He saw his son passionately breathing in the air and creating smog rings in the balcony.

The father added that being a Marwari, he is happy that his son is saving on the cost of smoking cigarettes but he still hopes that his son would open up about his behavior. Sutta Kumar maintained that his sudden interest in outdoors and the risen pollution levels are just a mere coincidence. Another veteran smoker from the city, “Beedi” Kumar, said that the branded cigarettes are adulterated and are no match for the air in New Delhi, the branded cigarettes failing to give him even half the kick as the air in New Delhi.