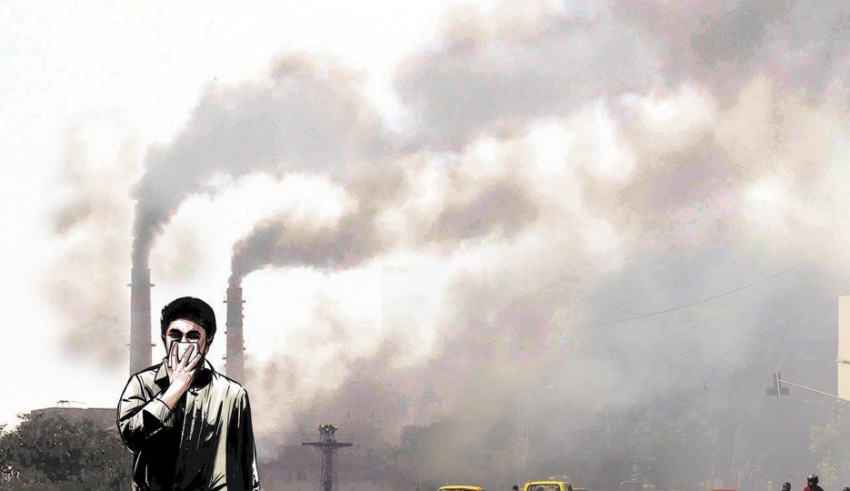 While everyone was talking about the pollution in the national capital, another major city in India was slowly making its way to the top when it comes to pollution. The people in New Delhi were busy complaining about the first wave of smog that hit the city a few days ago, not realising that the people in Mumbai were having their own fair share of troubles with the problem. Any resident of Mumbai can talk about the recently increased amounts of airborne pollution. The city has been suffering from a tremendously increased air pollution since the last few days, making it difficult for its population to breathe freely. Many Bollywood stars, including Sonam Kapoor, Richa Chadda, and Sophie Choudry, have complained about the issue.

Anyone else seeing the haze over Mumbai?Past few days I have been having trouble breathing,feels like we’re eating/inhaling talcum powder

Yesterday, Richa Chadda tweeted asking if anyone has noticed the haze that has been hovering over Mumbai and complained how the past few days breathing has been difficult and breathing felt like eating/inhaling talcum powder.

That’s smog. I walk in the park and around 6 AM I can smell diesel in the smog. Our generations biggest handicap.

Filmmaker Vivek Agnihotri soon replied to that tweet that it was smog and even in the early hours of the day, he could smell the diesel in the air, calling it the biggest handicap of our generations.

Soon, the tweet got more traction and more people in the industry poured in with their thoughts. Screenwriter Apurva Asrani replied that it was more like inhaling gun powder.

Have never had breathing issues in my life. But have been wheezing and developed bronchitis. It’s so scary https://t.co/PpxehtuUYX

Sonam Kapoor also chimed in with her thoughts soon after that. Sonam revealed that she never had breathing problems in her life but in the past few days, she has been having wheezing and has developed bronchitis.

The pollution in Mumbai has been recorded to be double of what it was last year around the festival of Diwali. There is hope that if major people in the industry like Sonam Kapoor complain about the issue, there might still be a chance that an action be taken against the issue.