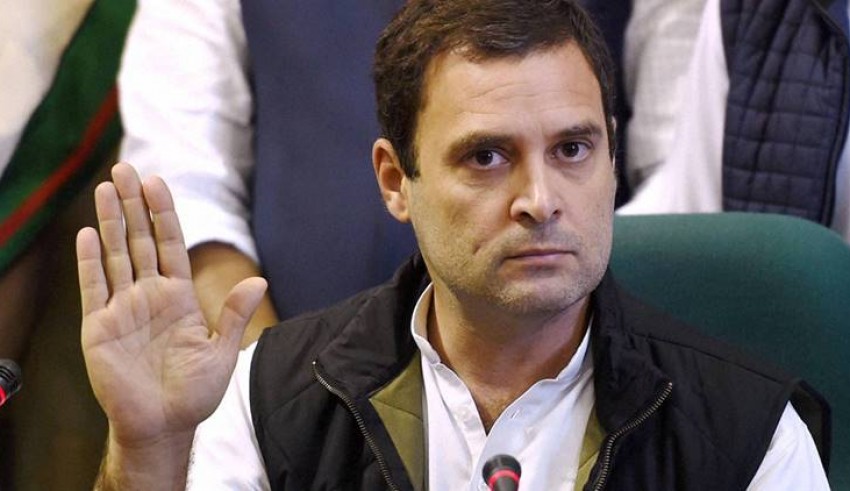 Many people have been wondering about Rahul Gandhi’s recent rise in fame on micro-blogging site Twitter. This sudden surge in popularity was noted after one hilarious tweet by Rahul Gandhi. However, with a single tweet, he has managed to shut the mouths of all his critics on this topic. All the speculation that was there, on whether his Twitter handle was being managed by a team of experts or if it was through the use of bots that he rose to popularity, was put to rest with a single tweet.

Along with a video of an adorable puppy performing a trick, Rahul Gandhi tweeted, “People (have) been asking who tweets for this guy… I’m coming clean..it’s me..Pidi..I’m way cooler than him. Look what I can do with a tweet..oops..treat!” In the video, he is heard encouraging the pooch to honour the camera with a Namaste, which the dog complies with by standing on its haunches. Then, Rahul placed a treat on the dog’s nose and asked it to stay. With a snap of his fingers, Rahul instructed the dog to eat the treat, which the dog again complied with. In the end, the dog was appreciated for being a ‘good boy’.

Politicians have always been criticising and mocking Rahul Gandhi for his inability to communicate with his electorate but over the past few weeks, he has been gaining traction, leaving his mark on social media. Recently, he mocked the GST by calling it an abbreviation for Gabbar Singh Tax,  and also turned into a weatherman temporarily to predict that the weather of Gujarat before the polls will consist of ‘jumlon ki baarish’ (a rain of rhetoric) ahead of Prime Minister Narendra Modi’s visit to poll-bound Gujarat. Other hilarious tweets include those that attack demonetization, GST, and various BJP leaders like Amit Shah and his son’s humongous wealth.