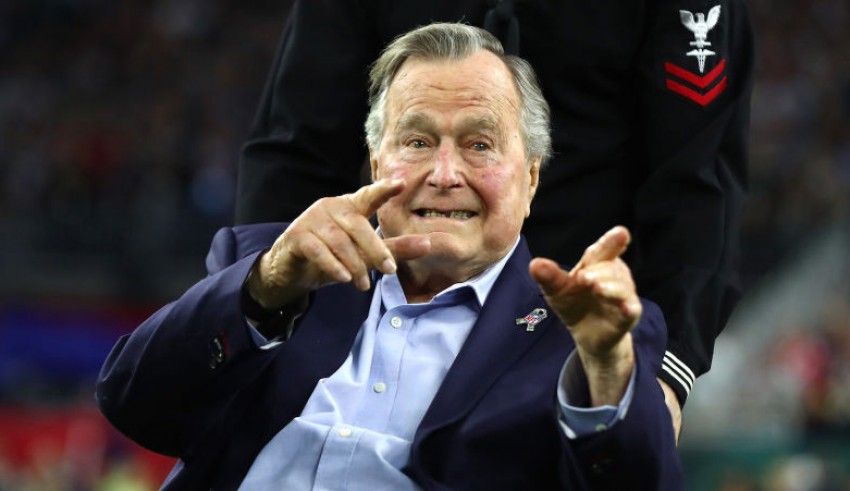 Three women, Heather Lind, Jordana Grolnick, and Christina Baker Kline, have come forward into media attention with claims that former President George H.W. Bush touched them inappropriately. Heather Lind made the accusation in an Instagram post that has now been deleted, while Jordana Grolnick and Christina Baker Kline sent their allegations to Deadspin and Slate respectively. Actress Jordana Grolnick said that former President Bush grabbed her buttocks during a group photo last year at the Ogunquit Playhouse in Maine. She claims that Bush made a joke about his favorite magician being ‘David Cop-a-feel’ right before grabbing her.

A similar accusation had been made by actress Heather Lind in an Instagram post which was then deleted but also reported by People magazine. It was only after the publication that Grolnick’s story came to light. Christina Baker Kline claimed on Thursday that she was also assaulted by former President Bush during a luncheon in 2014. She said that she was invited as a guest author for a fundraiser for the Barbara Bush Foundation for Family Literacy in April 2014, before which she attended a small luncheon with the President and his wife at a private home. Kline claimed that right before the wheelchair-bound former President asked her if she knew the title of his favorite book. While she leaned in to listen to him, he grabbed her and said ‘David Cop-a-Feel’. Kline said that while she swiped his hand away, it can still be seen in the official photograph.

At that time, Kline was asked to be discreet by a driver, proving that the staff knew about Bush’s routine joke. The office of the former President has also issued a statement saying that George H. W. Bush told that joke in good-natured humor on a regular basis and apologizes to anyone he might have offended.