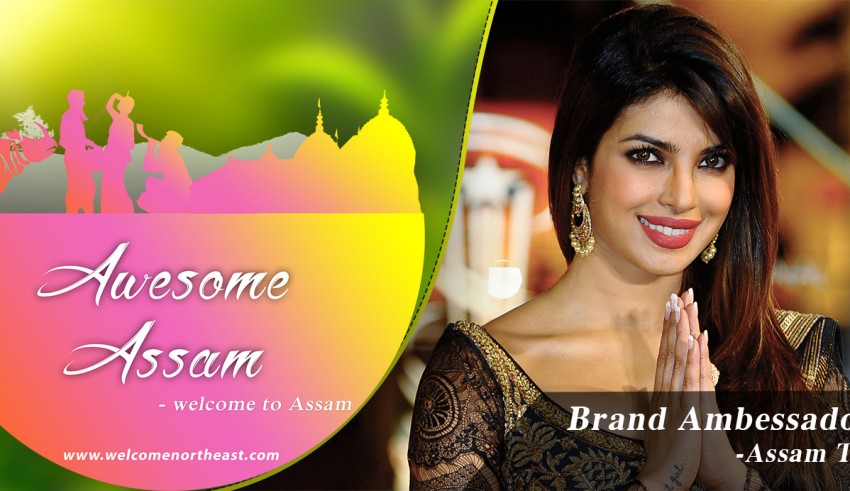 Last year, Priyanka Chopra was appointed as the brand ambassador for the Assamese Tourism. However, it is not until quite recently that the actress has appeared in a video campaign to attract more tourists to Assam. An official video is yet to be released but there is one available on YouTube. The 3 minutes and 31 seconds long video portrays the culture and the beauty of the state. Priyanka Chopra has only a supporting role in the video, the protagonist of the ad being Assam, its beauty, its culture, and its tourism.

The video opens with Priyanka getting ready to move on the local dance, Bihu. She drapes a mekhela chadar silk saree and is seen throughout the video dancing graciously. The video is shot by a local artist, with a light adaptation of the state anthem in the background. Throughout the video, the attractions of Assam are portrayed, in the form of the traditional masked dancers of Majuli, and the cymbal clanging Bhortal dancers from Barpeta and Guwahati. The video also shows the flora and fauna of the state, showing the rhinos and the famous tea gardens of Assam. There is a glimpse of India’s longest bridge, the 9.15 km long Bhupen Hazarika Bridge, which was inaugurated earlier this year.

The video will become an official part of the Awesome Assam Tourism campaign on November 1. Cinema has also been adapted as a major element of the state tourism campaign. The state announced a rebate of up to 55 percent to the movies that feature Assam, on the conditions that at least one-fourth of the movie should be shot in the state and the crew should contain as many Assamese people as possible for the filmmakers to avail the benefits. However, watching the video, there is no holding back in the desires to visit Assam, given the natural beauty of the state.