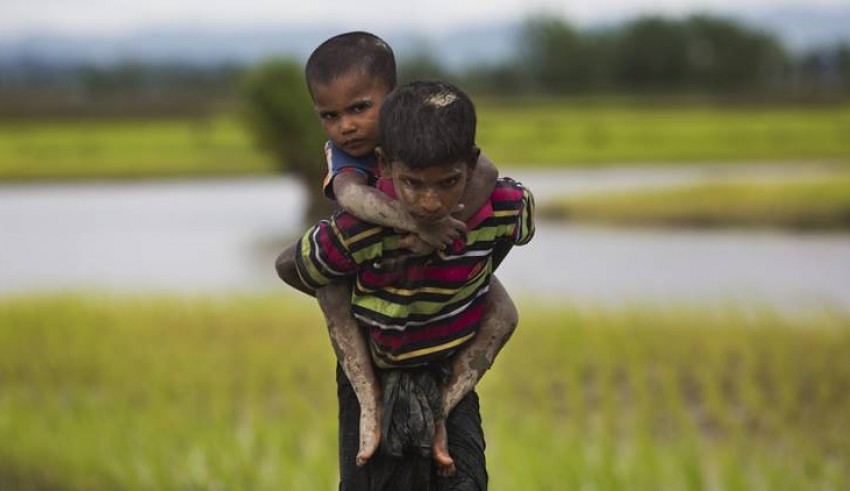 The United nations Children’s Fund (UNICEF) says that the children who escaped the violence in Rohingya make up most of the 6,00,000 Rohingya Muslims and are facing a hell on earth in the overcrowded, muddy, and squalid refugee camps in the neighboring state of Bangladesh. The agency reports that over 58 percent of the refugees are children and their plight has been recorded into documents. They have all poured into Cox’s bazar in Bangladesh and the report suggests that one out of every five children in the area are severely malnourished. This report came in ahead of the donor conference on Monday in Geneva to help receive maximum international funding for the refugees of the Rohingya crisis.

In a statement, UNICEF Executive Director Anthony Lake said that many of the Rohingya refugee children in Bangladesh have witnessed atrocities in Myanmar which no child should ever have to see ever. He also said that all of the children have suffered tremendous losses, losing not just their homes but some of them also losing family. The refugees are in dire need of clean water, food, sanitation, shelter and vaccines. Cholera, a waterborne disease, has a potential of being deadly and is on the verge of an outbreak in the region. There are also threats of human traffickers and other agents who might try to exploit the children in the camps.

The children in the camps feel abandoned and completely remote, some have even lost any sense of hope of security, support and help. They view their current situation as no different from the violence they escaped in Myanmar, Bangladesh being just a different sort of a crisis. UNICEF and other aid groups are trying hard to help the children in the area, and the report shows many drawings that the children have drawn in care of the aid groups. There are drawings of helicopter gunships, green-clad men open firing on villages, and people dying, some of them spewed with blood. In the conference, the United Nations and other humanitarian agencies seek nearly $434 million for the refugees, one-sixth of which would go to UNICEF to help the children.