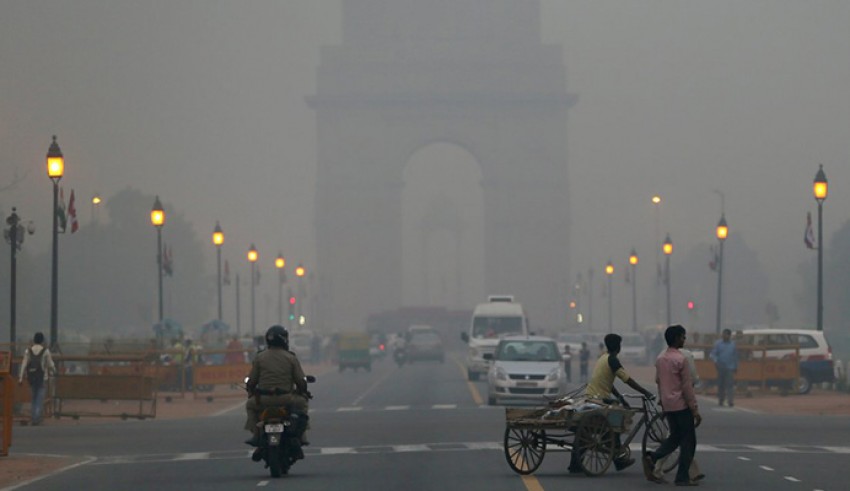 Pollution has been a big problem for our country for a long time now. In big cities, the problem of pollution keeps getting worse by the day. There are many people working hard to counter that problem with efforts that include various NGOs trying to bring awareness about a topic that is already known to everyone, people advocating a cleaner environment, government-run projects, Supreme Court rulings, etc.. The last one has been a defining move against pollution in major cities. Quite recently, the Supreme Court banned the sale of firecrackers during the days leading up to Diwali in Delhi-NCR region. Although this came as a disappointment to many enthusiasts, the move was welcomed by those wishing to breathe in cleaner air.

Another contributing factor to Delhi’s ever rising pollution is the burning of the crop residues in neighboring states that degenerates the quality of the air in the national capital. Online indicators of the pollution monitoring stations glowed red yesterday, indicating ‘very poor’ air quality. This is usually attributed to the rising volumes of PM2.5 and PM10 in the air. These particulate matters enter the respiratory system and then wiggle their way into the bloodstream where they cause poisoning. The real time pollution data appeared to be alarming on October 19, when people celebrated Diwali.

However, the flip side of the data was that it was not as bad as last year, making the ruling by the Supreme Court a boon for the people in Delhi. According to data from the Central Pollution Control Board (CPCB), the Air Quality Index (AQI) on Thursday was 319 in Delhi-NCR, which put it in the ‘very poor’ category. The AQI as recorded on Diwali last year (October 30, 2016) was 431, which put it in the ‘severe’ category. As per the CPCB, the particulate matter in the air was a major contributor to the very poor air quality. Other cities such as Mumbai and Chennai also recorded lowered levels of pollution as compared to last year.