November 29, 2022
6NewArticles
Home Entertainment Eminem Lays It All Out In An Anti-Trump Rap 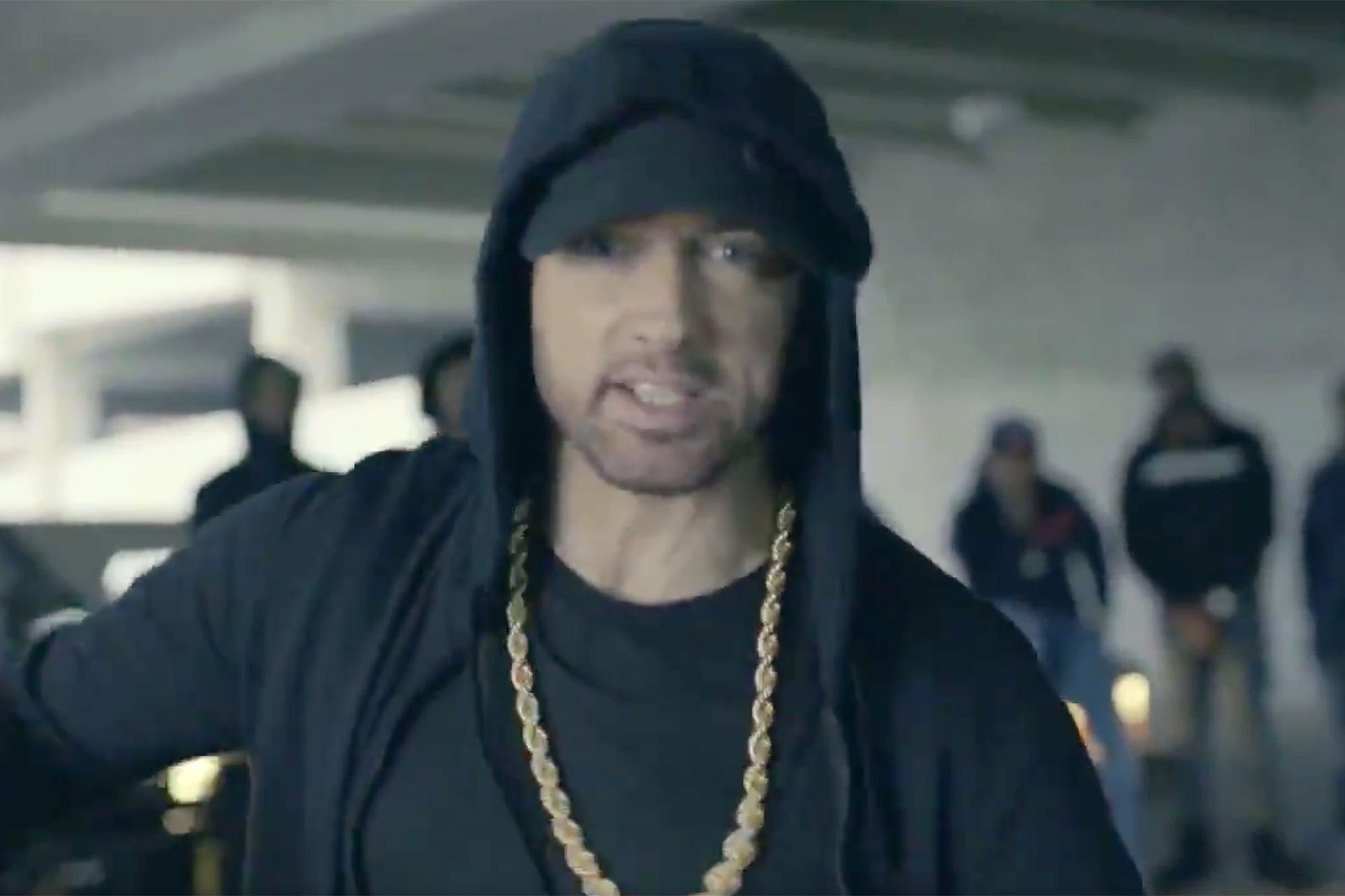 There are a lot of celebrities who do not agree with the policies of President Donald Trump. Many have made that known publicly while others just discuss it privately among themselves. Eminem is quite outspoken through his raps and he recently let it known publicly that he does not like President Donald Trump with a rap cypher that went out during Tuesday night’s BET Hip-Hop Awards. The four-and-a-half-minute freestyle rap video aired as a part of the event on Tuesday night by the title ‘The Storm’.

The rap is focused on Trump for his obsession with the athletes bending the knee to the national anthem and also with his threats to go nuclear. Eminem calls Trump a ‘kamikaze that’ll probably cause a nuclear holocaust’ and that ‘racism’s the only thing he’s fantastic for’. Eminem says that Trump focuses more on the NFL instead of focusing on Puerto Rico or laws on gun reform. He also took into account the different times that Trump caused uproar on Twitter with a series of tweets just because he was bored. Eminem brought the rap to an end by saying that the people, who do not support the president, love the military and the country but hate Trump.

I appreciate you @Eminem ✊🏾 pic.twitter.com/nwavBwsOkQ

Celebrities across the United States of America came out in support of the rap. NFL star Colin Kaepernick, who Eminem called out in the rap, tweeted with a raised fist emoji that he appreciated the rapster.

Snoop Dogg shared a meme on Twitter with a series of emojis in response to the rap.

Racism is the only thing he's Fantastic 4(fantastic for), cause that's how he gets his rock off, he's orange. Sheesh @Eminem!! 🔥🔥✊🏾🔥🔥#United pic.twitter.com/wcL28BCWpy

LeBron James tweeted the pun in the rap with a hashtag of United.

J Cole thanked Eminem for the rap saying that it was potent.

Protect Eminem at all cost

T-Pain asked his followers to protect Eminem at all costs since now he runs the danger from Trump supporters.