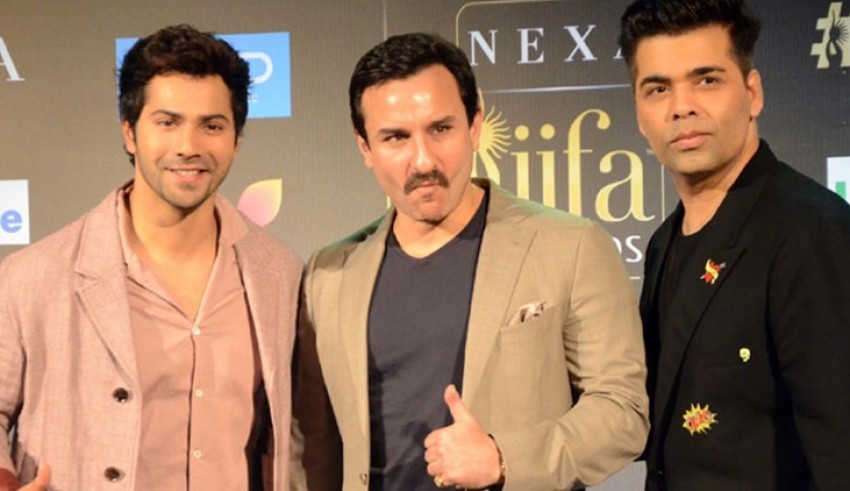 Bollywood star Saif Ali Khan left himself open to a lot of criticism back in July when he chanted Nepotism Rocks along with Karan Johar and Varun Dhawan at the IIFA 2017. However, quite recently, he said that while he might have benefited from his lineage, personally, he was against nepotism. Saif Ali Khan had to apologise to Kangana Ranaut for his remarks at the IIFA in July and has openly said that nepotism is a horrible concept, sometimes letting an undeserving person take the spotlight. He said, “Nepotism is a horrible thing. I am totally against nepotism. I have benefited from it for sure. Definitely, we have more opportunities than people who are not connected to movies.”

Saif goes on to say that the survival in the Bollywood industry depends more on talent and hard work, citing an example of Shah Rukh Khan who made it big in the industry without any prior connections to the industry. According to Saif for every child of the industry who succeeds, there are fifty who have failed to make it in the industry. Saif Ali Khan is the son of veteran actor Sharmila Tagore, and says that nepotism is negative by virtue and needs to be highlighted in the media from time to time. He is also looking forward to the Bollywood debut of his daughter Sara Ali Khan in Abhishek Kapoor’s Kedarnath. He hopes that his daughter is able to deal with the pressure of the debate.

Saif believes that the good things in the business of acting outweigh the darker aspects and criticism is a part of the profession. For his daughter, he advises her to be open to criticism at all times and focus on the good things. Saif will be seen in Chef, releasing on October 6 and directed by Raja Krishna Menon.