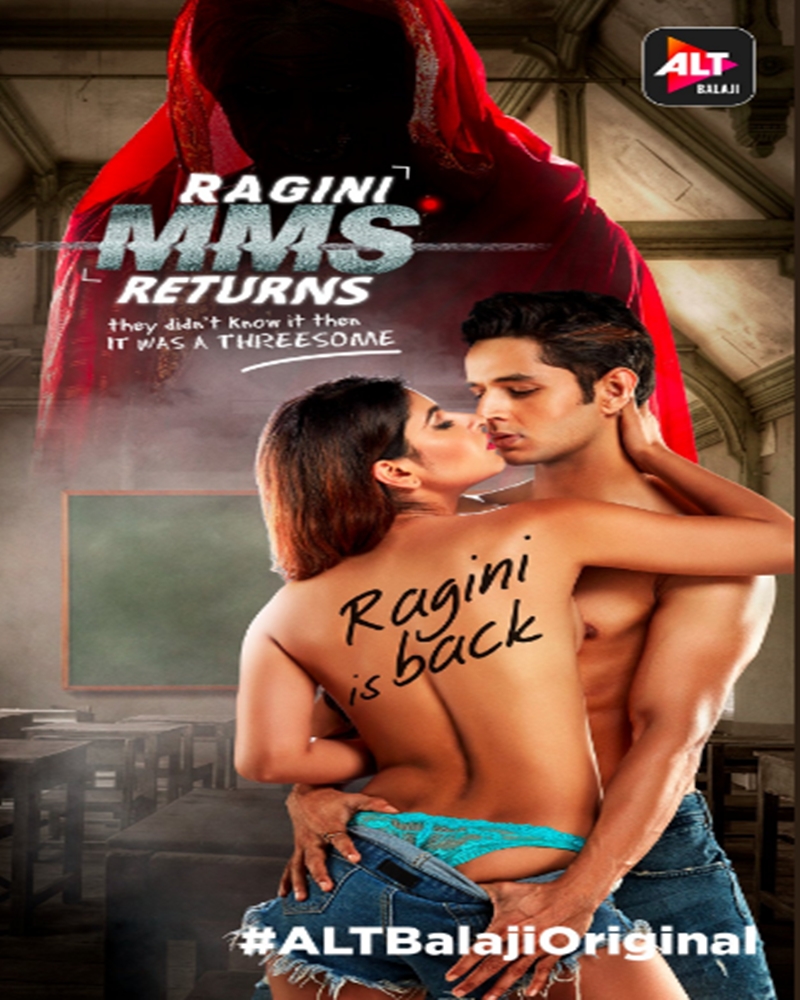 Ekta Kapoor’s Ragini MMS franchise has a lot of fans. They were all eagerly waiting for Ragini MMS Returns ever since its first poster was released. The third part of the franchise is not a movie, but a web-series that will stream on the digital venture AltBalaji. A trailer has been released to help the fans rejoice in the celebrations of the incoming bundle of sex and horror. However, it seems that sex is more prominently featured in the web series than horror. At least that is what the trailer shows.

Since it is being released as a web series and not a movie, the filmmakers do not have to worry about the censor board and as per the trailer, they clearly have not. There are explicit scenes and there are a lot of them. Even the first two parts of the franchise had sex scenes but they were never prominently shown. However, the trailer of Ragini MMS Returns brings them to the forefront. The web series will star internet sensation Karishma Sharma as the female lead, and she will be having her chemistry set up with Siddharth Gupta, the male lead. The trailer also shows a comeback of Riya Sen, but it seems that her role is not prominent enough and is just a side role. Another familiar face in the web series is TV actor Nishant Malkani.

The first two parts of the Ragini MMS franchise were a balanced scale between sex and horror. The first movie was about a couple who wanted to spend a weekend intimately and happened to choose the wrong place. It featured Rajkummar Rao and Kaizad Gustad as the lead actors. The second movie featured the story of a film shooting taking place in the same place, this time the horror possessed the female lead, Sunny Leone. The male lead in the movie was Saahil Prem.