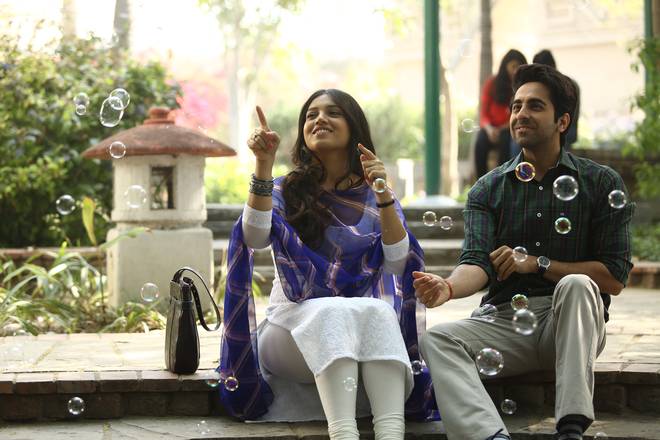 Shubh Mangal Saavdhan is the Bollywood debut of director RS Prasanna. While it may be a remake of his own Tamil film from back in 2013, writer Hitesh Kewalya says it is a remake only in spirit. It stars Ayushmann Khurrana and Bhumi Pednekar and addresses the issue of erectile dysfunction.

When asked about it, Kewalya recalled that he was very excited about the film simply because it addressed an issue that was never talked about before. He was faced with the challenge of writing a whole movie around erectile dysfunction without even mentioning to two words in the entire script. Yet, the movie conveyed the message and also managed to keep itself family-friendly.

When asked if it was a conscious decision to make an entire movie around erectile dysfunction without having to use the words, Hitesh Kewalya nods in agreement, saying that it was more of a responsibility than a decision. He goes on to say that it was up to him to create scenes that conveyed the message very well but refrained from using the words as such so that families could sit together and enjoy the movie without having to feel any embarrassment.

When asked about the metaphors that he used for erectile dysfunction, Kewalya laughed it off and said that his first thought was the reaction of the daughter when her mother starts describing the first night of her marriage. The mother was faced with a responsibility to talk about sex without having to use the words. So she uses an analogy of Ali Baba and 40 chor, asking her daughter to refrain from premarital sex.

Another metaphor that the writer created was a limp biscuit for erectile dysfunction. Hitesh Kewalya says that it took him days to come up with the metaphor because he was placed within limitations to keep things family-friendly and yet convey the message. He says that the metaphor that he had to use was supposed to be both memorable and sensitive. That is when he used the words ‘limp biscuit’.