May 17, 2022
6NewArticles
Home Lifestyle Health #RallyForRivers: A Noble Cause To Support 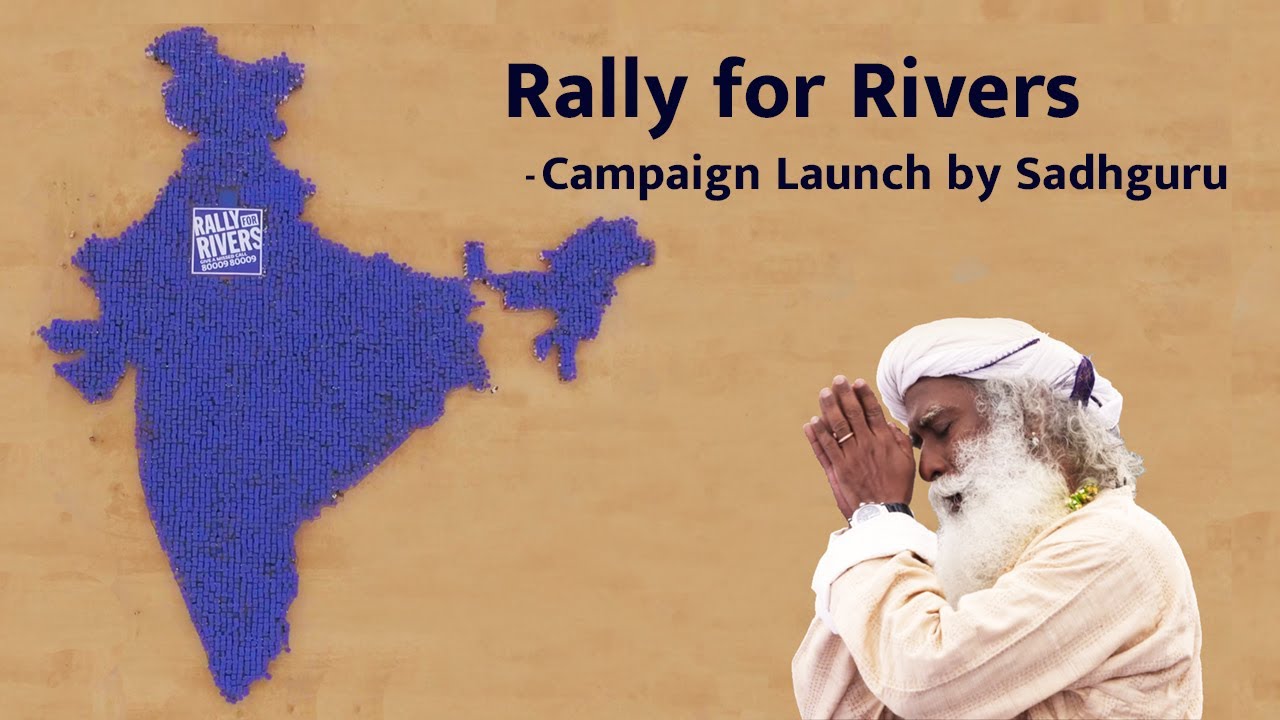 India, no doubt has the most fertile lands of the entire world and also the most skilled farmers to make the crop grow richer and richer with each passing day. The most commendable aspect of this is that all this agricultural prosperity has come to India without any technical guidance, scientific research and financial aid to the farmers, which makes it one sure of a victory.

To support the spirit of Indian farmers and to make better use of Indian agricultural productivity, Sadhguru Jaggi Vasudev has started a new mission- #RallyForRivers.

In his gathering on Monday, Sadhguru Jaggi Vasudev appreciated the efforts of Indian farmers and boasted of how they have those skilled hands to produce so marvelously when they are deprived of any infrastructure, financial aid, and scientific knowledge. He said that it is the blood, sweat and the bespoke ability of the farmers to produce out of the land that has been ripped off its fertility and when there isn’t enough water to make it fertile all over again.

Farmers' income can be raised 3-8 times in 5-6 years' time if we do this in an organized way. #RallyForRivers pic.twitter.com/syT45OkkMZ

The motto behind #RallyForRiver is to make the lands of India more fertile which would lead to an increase in the farmer’s income 3-8 times in the coming 5-6 years by making a policy recommendation to the government.

Sadhguru aims to develop a strategy that would help the farmers utilize the best power of the natural resources of India that is the rivers. A panel of experts from all fields would help him devise the plan, which he would put forth the government.

He has raised concern on the depleting state of the rivers in India and started a campaign- #RallyForRivers on August 27th. He aims to shake the conscience of everyone who in one way or other consumes the water from the rivers to come ahead and help in revamping the state of rivers in India.

To have our rivers flowing is the best legacy we can pass on. Deeply appreciate your support. Blessings. -Sg @tarak9999 #RallyForRivers pic.twitter.com/YXpNPXEjbk

His cause has garnered a great response and recently he was supported with a vehicular aid from Anand Mahindra to support the cause.

Revitalizing our Rivers is a responsibility that our generation must fulfill. Gratitude for your support. -Sg @anandmahindra #RallyForRivers pic.twitter.com/8WrZ8G7NyP