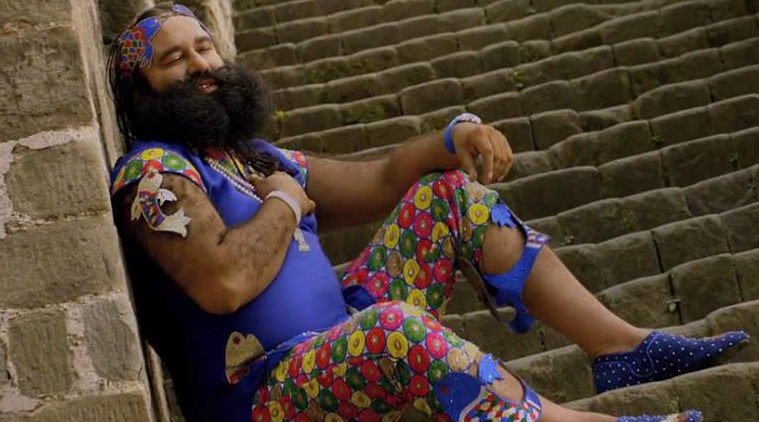 After a high voltage Drama from last 3 days in Tricity(Chandigarh-Mohali-Panchkula). The final verdict is out now after 15 years and Baba Gurmeet Ram Rahim is guilty.  Early today Ram Rahim started from his ashram from Sirsa around 9’o clock.

Early today Ram Rahim started from his ashram from Sirsa around 9’o clock with his convoy of 100+ cars and Z+ security. Earlier it was planned that he will fly to Panchkula but at the last moment, the decision was changed and he started in his car.

All the preparations were made in Panchkula to control the condition in case decision went against the Messenger of God, Baba Gurmeet. Para Military Forces were also called. Even BSF came in today for assisting the Haryana and Punjab Police in case anything goes out of control. Mobile Data services were stopped for next 72 hrs on Thursday night itself. Schools, colleges, govt office were closed for 24th and 25th all around Tricity.

The High court directed Haryana Police to use force if things go out of control while managing protestors after the verdict is out.

Way to the CBI court in Panchkula looked deserted and full under the control of Haryana police before the verdict.

At mid night Baba Ji requested his followers via video message to go back home and maintain peace but his followers are rigid to their decision and didn’t move an inch from their place. All the major Dera’s of Baba Gurmeet were over crowded with his followers. At some place, followers were seen holding Lathis to protest if things go another way.

Baba Ram Rahim reached Panchkula court at around 2:00 PM from the back door, only 7 people were present in the court and the decision came around at 3 PM  where Judge Jagdeep Singh declared Baba Gurmeet Ram Rahim as guilty.

The situation in Tricity will be tensed now. He will be sentenced on 28th August 2017.