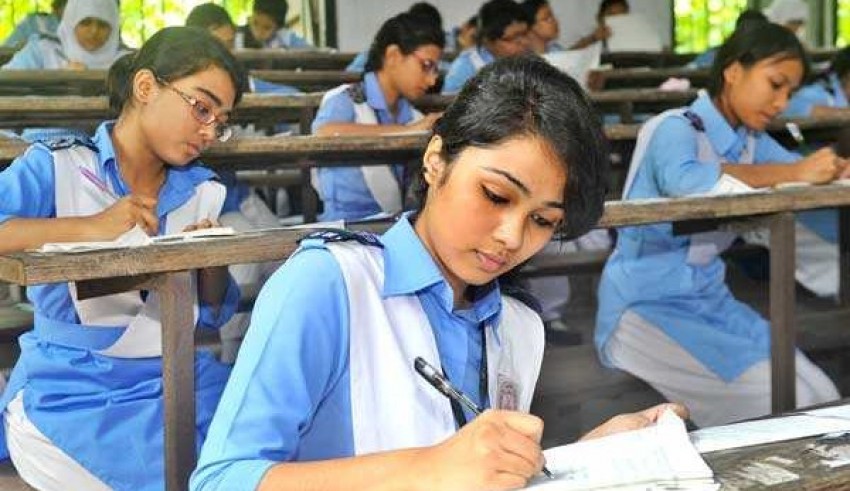 Whenever the elections are announced, the opinion polls – to predict the stand of the particular party – I feel that what opinion polls are to elections, the guess papers are to examinations, especially the matriculation examination in the 60s.

In those days, passing the matriculation examination was a mark of respect and distinction as it was a stepping stone to scale new heights in college life.  And for those who could not afford to join the college, it was the gateway to skill development institutions like polytechnic, industrial training institutes or to settle with the private industrialist, mechanic etc.  But failing it was a definitely a kismet.  Nothing was so eagerly awaited as the result of this examination.

Every one of us, including the toppers or front sitters, used to have access to probable questions which were easily available at the stationery shops, newspaper vendors at the bus stand shops and in bookstalls on railway platforms but these were not allowed in the school premises.

One can well imagine the vision of passing the exam and winning approbation, praise of the public and parents. I recollect, Star Guess Paper was available in those tightly wrapped in polythene papers and stapled hard so that no one has access to its contents before making the payment to the shopkeeper.

Guess papers were so blindly trusted that the students – the gullible little souls worked hard on all possible questions besides giving a reading to the notes prepared in the class.  Since in the past, the questions from these guess papers had a part of annual papers, these become so popular and created a trust to enhance their scope of achieving excellence. Sometimes who had put trust solely in guess papers, they could outsmart even the bring scholars.  Really such was the magic of guess papers.

But now with the passage of time, the guess papers are things of the past. Now the students have to understand the basics of each subject to answer any question, even out of the syllabus.  I was told that while in the class, the question was tried by giving the value of x and y and locate for z whereas, in the final exam, the question is put as given the value y and z and establish for x, perhaps just to confuse the students or test their IQ.

Coming back to the matriculation examination, everyone used to walk into the examination with a lot of anxiety.  The first thing most of the students do after the question papers were distributed was to close the eyes and touch the paper with the forehead with a hope to get the questions for which one has prepared himself.  Even some looked up to invoke their family deities to reveal the truth of guess papers.

Those who found what was promised, it was dream come true but without wasting any time, they poured all their knowledge on the answer sheets and for others it was unfortunate as to how to tackle the question if the same is out of syllabus or they have not trusted the guess papers or could not find anything predicted in their guess papers.

Frankly speaking, because of tender age, some students were seen crying in sobs out of their helplessness and fear of failure seized the young aspirants. But a good luck for me, majority of the questions marked as ‘as sure as death’ from my guess papers had appeared in the final papers.

My total dependence on these questions made me understand the meaning of ‘as sure as death’ in relations to the questions marked like this, which once declared by a doctor will not be a guess.