May 18, 2022
6NewArticles
Home Lifestyle Health How To Tell If You Have A Drinking Problem 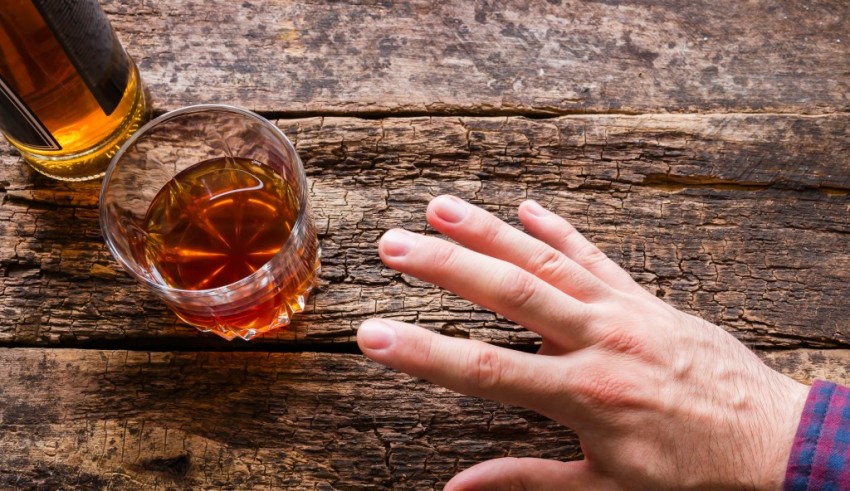 It can be hard sometimes to know if you are a casual drinker or have an actual problem with alcohol. Alcohol is extremely prevalent in American society; it’s served at many celebrations, bars are found in almost every town and city, alcoholic beverages are advertised on TV, and even some family attractions serve alcohol. As normalized as drinking can seem in this country, it’s more than possible to slide down the slippery slope from casual drinking to having a problem with alcohol. So how do you tell the difference between just having a few drinks and having a drinking problem?

Isn’t Going Out For A Drink Just Normal Behavior?

Movies and TV shows make it seem that going out for a drink almost every day is just par for the course. However, if you are getting a drink every time that something stressful happens in your life, you may be getting into the realm of alcohol abuse or even dependence.

Can You Stop Drinking Once You Start?

You may say to yourself, “Tonight I’ll have just two drinks and then I’ll go home,” But then you wake up the next morning only to realize you ended up drinking a great deal more. This is a sign that you are not able to regulate your behavior once you start to imbibe. Not being able to control how much you drink once you’ve started should be taken seriously.

Is Alcohol Affecting Your Relationships?

How much and how often you drink can be a source of contention between you and loved ones or friends. Maybe you show up to family functions already intoxicated or drink excessively at barbecues or weddings. Perhaps you might miss important functions altogether because you are too drunk or hungover. It may be that you get into arguments with your significant other about how and when you drink. Friends or loved ones may say that they don’t want to be around you when you drink because you act differently. When the people closest to you feel you’re drinking too much, they may very well be right.

Is Your Drinking Interfering With School Or Work?

You might be too hungover to go to class or clock in for your shift the day after you drink. Perhaps you don’t get important assignments turned in on time because you chose to drink instead of working on them. Maybe you get too tipsy at work functions, like office parties or conventions. You might miss class or work because you started the day with some drinks. Something like this happening once every few years may not be an issue, but if it becomes a pattern it has a whole different meaning. If drinking is negatively affecting your performance at school or work it is a hallmark of alcohol abuse.

Are You Neglecting Your Responsibilities?

Another sign that you have a drinking problem is not taking care of your personal responsibilities. This could be things like not maintaining your home, not properly looking after pets, not paying bills, or not attending to personal grooming. Drinking too much may cause you to loose interest in taking care of things like your car or yard. Excessive procrastinating or neglecting the important things in your life could be a sign that you are abusing alcohol.

Has Your Drinking Caused You Legal Trouble?

If your drinking is bringing you into conflict with the law, this could mean that you have gone from a casual drinker to an alcohol abuser. You should be able to have a drink or two and then recognize a safe way to get yourself home. Getting a DUI is not just a normal part of life; it is a sign that your drinking is now putting yourself and others at great risk. Even if you are not driving while intoxicated, getting into fights after spending time in the bar or drinking enough that you cannot regulate your behavior in public is a definite cause for concern.

Are You Engaging In Risky Sexual Behavior While Intoxicated?

It may be that after a night of heavy drinking you realize that you had sex with someone unexpectedly, maybe even a total stranger. This is a sign that drinking is causing you to behave contrary to your normal character. Drunken hookups should not be taken lightly. This puts you, and potential partners, at risk for unwanted pregnancy or STDs. Not only could this have a negative effect on yourself but could also cause extensive conflict with family or your significant other.

Is Alcohol Affecting Your Health?

If a doctor or other health professional has advised that you cut down on or stop drinking altogether, this is a huge warning sign that you have developed a drinking problem. Signs that your health is being affected are symptoms like insomnia, vomiting, headaches, anxiety, sweating or shaking that only get better once you’ve had a drink. These are signs that you are actually going through alcohol withdrawal, meaning that your body is now physically dependent on alcohol.

Do You Drink Even When You Know You Really Shouldn’t?

There are times when you know you really should not drink, like before work or getting behind the wheel of a car. You may even drink when a doctor has told you not to because of health concerns or in combination with medications. You may feel that you really need to have a drink, despite the circumstances and against medical advice. Maybe you feel that no one will really notice that you had several drinks before returning to the office for lunch or that it’s really no big deal. This kind of behavior is definitely a sign of a drinking problem.

Are You Often Injured After A Night Of Drinking?

Heavy drinking, especially binge drinking, can lead to unintentional injuries. If you wake up the next day with bruises, cuts or burns, you could be putting yourself in grave danger. Along with this same vein, you may wake up to find you’ve broken your phone or household items. This can mean that you were intoxicated enough to majorly impair your motor functions.

Do You Hide Your Drinking?

If you feel pressured by loved ones or friends to curtail you drinking, but are unable to stop on your own, you may start hiding how much or how often you drink. This can include drinking by yourself so that people you know do not see that you are drinking or know what time of day you start. Feeling ashamed of your drinking may lead you to do things like hiding alcohol in your house or even shoplift alcohol so that a loved one does not see the purchases. If you feel ashamed of your drinking to the point that you are hiding what you do, you very well may have crossed over from ordinary drinking to alcohol abuse.

Are You Binge Drinking?

Do You Not Remember Things You Did While Drinking?

If you drink enough alcohol, you may not remember things you said or did the next morning. You may have seemed awake and alert to the outside observer, but the gaps in your memory actually mean that you were impaired enough that your brain could not form long-term memories. Commonly called blackout drunk, this level of intoxication is very dangerous. Once or twice may have no long-term consequences, but still puts you at risk for hurting yourself or others. Over time, however, drinking this much can affect your memory and brain function.

When Do You Drink?

Another warning sign of alcohol abuse is the timing of your drinking. A classic sign of alcohol dependence or abuse is if you feel the need to start the day out with a drink or feel you need to drink to get through the day. It is not normal to feel compelled to drink from beginning to end of a typical day.

The best indicator of whether or not your drinking has crossed over to the point of abuse is how it is affecting your ability to carry on everyday functions like working your job, going to school, or maintaining personal relationships. Despite its prevalence, alcohol is a drug.

Like any other drug, it is possible for overuse to greatly disrupt your life. Having a few drinks occasionally with friends is one thing. Drinking frequently, or even every day, is an entirely different matter. If drinking has become your way to deal with the pressures of work, school or family, you may indeed have a drinking problem.

It’s common to think that you don’t have a drinking problem because you don’t spend all of your time drunk. However, it’s possible to abuse alcohol and not be homeless and begging for change. The sooner you recognize that you have a problem with drinking, the sooner you can get the help you need.