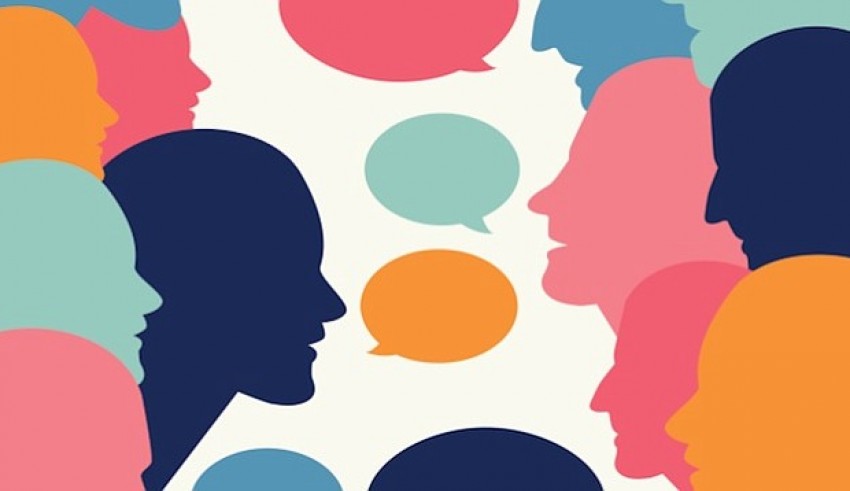 Dialogue – it’s just a communication from one end to the other end(s).  What he said or she said used between the quotation marks to identify words signify as dialogue.

A dialogue is very important. It is a form of communication in which question and answer continue till a question is left without an answer. Thus the question is suspended between the two persons involved in this answer and question.

Malala Yousafzai – youngest Nobel Prize laureate ,known for human rights advocacy, especially the education of women and children in her native Swat Valley in Khyber Pakhtunkhwa, northwest Pakistan, where the local Taliban had at time banned girls from pursuing further education – said,  “The best way to solve problems and to find against war is through dialogue”.

While having discussions with someone, the golden words sometimes become a dialogue which could be quoted somewhere.

In government offices, everything starts on paper and ends on paper. But, if there are differences of views or divergence of ideas, they can be resolved through dialogue.

We have seen that the popularity of movie depends upon the dialogues written and more if its delivery is according to the situation by the characters in the film.  Some of the films are hit or box office with the popularity of even single word dialogue – Babu Moshe, Mogambo Khush Hua and sometimes lengthy dialogue – Nange Rehne Ki Mein Is Tarah Aadi Ho Gayi Hun, Ke Kapde Pehne Logon se Mujhe nafarat hone lagi hai, Apne per zamin par mat rakhiya ga, mele ho Jayenge.  Raj Kumar a renowned actor of his time despite having no photogenic face was famous for his dialogue delivery on the screen because of peculiar voice.

Education is a kind of continuing dialogue and a dialogue assumes different points of view.

Whenever there is a difference of opinion between the two countries, the issues are resolved through dialogue.  Otherwise, we see where any such issues are not resolved, there are violations of the basic agreements like LoC and ultimately become a war like situation.

Books are also like a dialogue between the other readers and it is one of the easiest ways to get character conflict across immediately in comics.

It is, however, said that in 80 percent of Socrates’ dialogues there was no constructive outcome.  He saw his role as simply pointing out what was wrong.

Sometimes we too have the dialogue with the self which is the source of all insight and insight is the only thing that can change your life. It also teaches you to listen to your emotions not to become distracted or distanced from the truth because of them.

Frankly speaking, the discussion is impossible with someone who claims not to see the truth, but already to possess it. A dialogue is a means of bringing people of various cultures together and using that as a way to resolve the conflict.