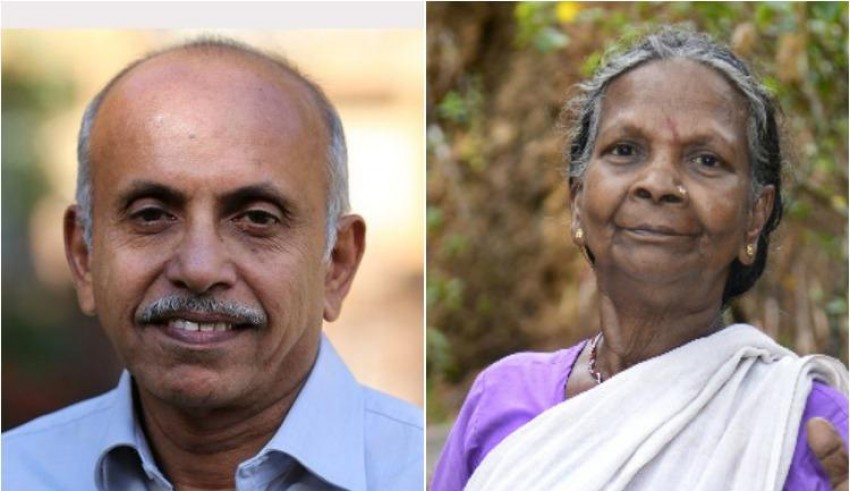 The Central Government announced the list of the Padma award winners late on Thursday evening, honoring the many people who brought laurels in their respective fields. The list included many people, from well-known music director Isaignani Ilaiyaraja who has been awarded Padma Vibhushan, to two lesser-known people from the state of Kerala. Lakshmikutti, known as the Grandmother of the Jungle, and M R Rajagopal, known as the Medical Messiah, brought home the Padma Shri awards and have made their state proud.

Lakshmikutti is a 75-year-old tribal woman who lives deep in the forest of Kallar in Thiruvananthapuram district. She is a poet, poison healer and teacher at Kerala Folklore Academy. She prepares as many as 500 herbal medicines from her memory that have helped cure thousands of people in a variety of diseases and snake and insect bites. All her knowledge on herbal treatment was passed on from her mother, who worked as a midwife. It was in 1995 that Lakshmikutti got noticed by those outside her forest when she received the ‘Naattu Vaidya Rathna’ award (award for naturopathy) from the Kerala government. Her persistence made her the only tribal girl from her area to attend school in the 1950s.

M R Rajagopal hailing from Kerala is a physician who specialises in palliative care and is also known as the father of palliative care in India. Palliative care is a pain relief process for people suffering from terminal illnesses. He also set up India’s first palliative care unit at Kozhikode in Kerala. He is also one of the physicians globally recognised for his safe anesthesiology procedures and is ranked among the top 30 anesthesiologists globally. He has also done a great service to the society by increasing the accessibility and affordability of pain relief drugs. A documentary has been made on Rajagopal titled ‘Hippocratic: 18 Experiments in Gently Shaking the World’.