December 09, 2022
6NewArticles
Home Lifestyle Future Belongs To Those Who Believe In Beauty Of Dreams 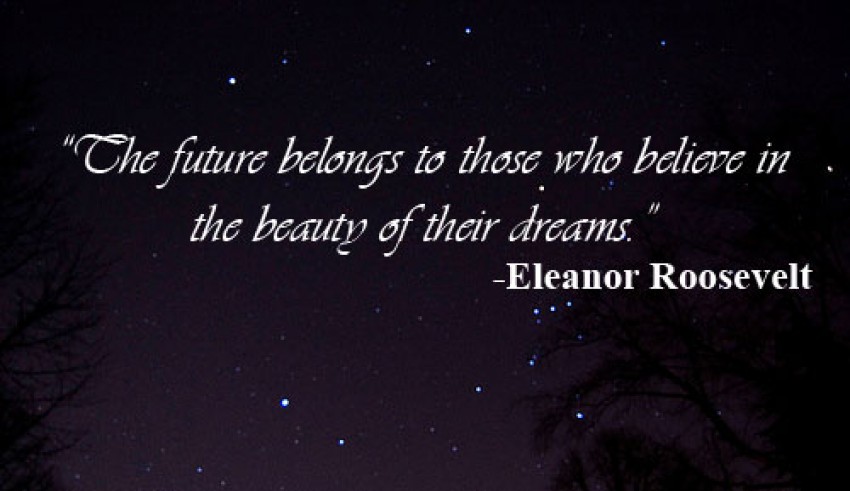 Jesse Owens has rightly said “We all have dreams. But in order to make dreams come into reality, it takes an awful lot of determination, dedication, self-discipline, and effort”.

There are also daydreamers, which is a short-term detachment from one’s immediate surroundings, during which a person’s contact with reality is blurred and partially substituted by a visionary fantasy, especially one of happy, pleasant thoughts, hopes or ambitions, imagined as coming to pass, and experienced while awake.

Eric Klinger’s research in the 1980s showed that most daydreams are about ordinary, everyday events and help to remind us of mundane tasks. Klinger’s research also showed that over 75% of workers in boring jobs, such as lifeguards and truck drivers, use vivid day-dreams to ease the boredom of their routine tasks. Klinger found that fewer than 5% of the workers’ daydreams involved explicitly sexual thoughts and those violent daydreams were also uncommon

I recollect, in the 1990s, there was a popular serial – Mungerilal Ke Haseen Sapne – Mungerilal is a small-time clerk who gets bossed around by his wife at home and by his boss at the office. To top that, Mungerilal’s father-in-law rubs salt on Mungerilal’s wounds by exaggerating his own achievements as a Police Inspector.

Mungerilal overcomes all this by daydreaming, where he takes revenge on his boss, his father-in-law. Mungerilal also dates his beautiful colleague. As he basks in the glory of his accomplishments, his wife wakes him up to ruin the dream. It was somewhat inspired by James Thurber’s novel ‘The Secret Life of Walter Mitty’.

I had dreamt a number of times which I don’t recollect now, but there is one such significant unforgettable dream, which is still fresh in my memory.

“I was traveling on a train, I met a beautiful lady on the train, who started talking to me and showed interest in a book in my hands and shares her disturbed life. I handed over the book to her and asked her to read it word by word with the assurance that there will be a drastic change in her married life. We even exchanged addresses.

I told her that I had presented this book to three families and they all are living happily. Since she promised to respond back to me, once she knocked on my doors. But in reality, she was my better-half waking me up with a cup of bed tea.”

When I recollect my old memories, I feel as if the dream will become a reality and I look forward as if someone will come to my place to share as to whether that book really did a magic or not.

Frankly speaking, I feel that sometimes most of us are prone to fulfill the dreams but we made excuses rather better than we make progress because of the reasons – people quit trying, not willing to work hard enough, having no confidence, having unrealistic dreams and devaluing the dreams already realized.

Late former President of India, late Dr. APJ Abdul Kalam in his book “Wings of Fire: An Autobiography” had very rightly said, “Dream is not that which you see while sleeping, it is something that does not let you sleep.” It really belongs to those who believe in the beauty of dreams.