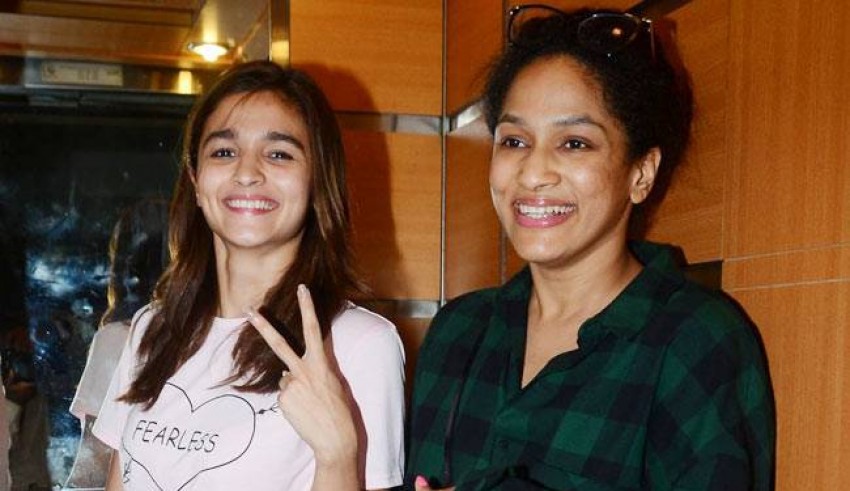 The best thing about the rising of a new month is all the new issues of various magazines that become available. Indian fashion designer Masaba Mantena and Bollywood actress Alia Bhatt are all set to feature on the cover of the Bazaar Bride India magazine. The designer tweeted a picture of the cover of the magazine along with a caption saying that she would be appearing on the cover with her hero, Alia Bhatt, on the cover of the November issue of the magazine. Masaba Mantena has been in the news quite a lot for her support on the cracker ban on the eve of Diwali. But just like her bold fashion line, she got back to her bashers in a single post that shut them all up.

On the cover of @BazaarBrideIn this November with my hero @aliaa08 ♥️ pic.twitter.com/7sasn3TBJM

Both the friends graced the cover of the magazine’s jungle themed cover. They appeared to be Queens of the jungle, with Alia sitting on a throne next to Masaba standing just behind her. Alia is wearing an Alice-Olivia floral print gown while Masaba looks equally fierce and stunning standing next to her. Be it an ethnic wear or a contemporary wear like this one, both Alia and Masaba seem to pull off everything that is presented to them. While this may not be considered the best photoshoot of the two friends, it is certainly a stunning and striking one.