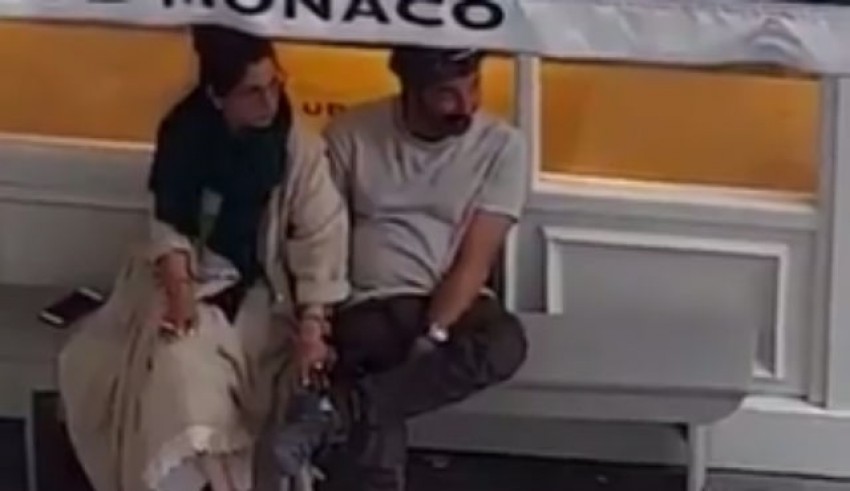 In this era of technology and mobile phones in every hand, everybody just needs some clicks or videos and a Social media to make it Viral. Everybody can be a journalist these days as was stated by Taapsee Punnu,”Today, anyone with a cell phone is paparazzi and it’s difficult for celebs to have a normal life.”

After the viral photos of Ranbir Kapoor and Mahira Khan smoking together created a buzz in the town recently, there is another video uploaded by KRK, a film critic, of ex-lovers Dimple Kapadia and Sunny Deol is in news.

Sunny Deol and Dimple Kapadia are enjoying their holidays together. They are looking beautiful couple. pic.twitter.com/XB6yI4t07v

Both were spotted leaving for London last month separately but the video shown they are having a good time in London holding each other’s hand.

KRK caption it as “Sunny Deol and Dimple Kapadia are enjoying their holidays together. They are looking beautiful couple.” and called the duo a lovely couple.

Dimple Kapadia and Sunny Deol have co-starred in many films such as ‘Manzil Manzil’, ‘Arjun’, ‘Aag Ka Gola’ and ‘Narasimha’ and if rumors are to be believed, despite being married, Sunny Deol has given Dimple a status of a wife.

It is also allegedly said that Sunny Deol was the main reason why Dimple separated from Rajesh Khanna.

People started tweeted on their relationship as well

Sunny Deol is the latest example of "men are trash". He has a wife, but overseas with Dimple Kapadia.