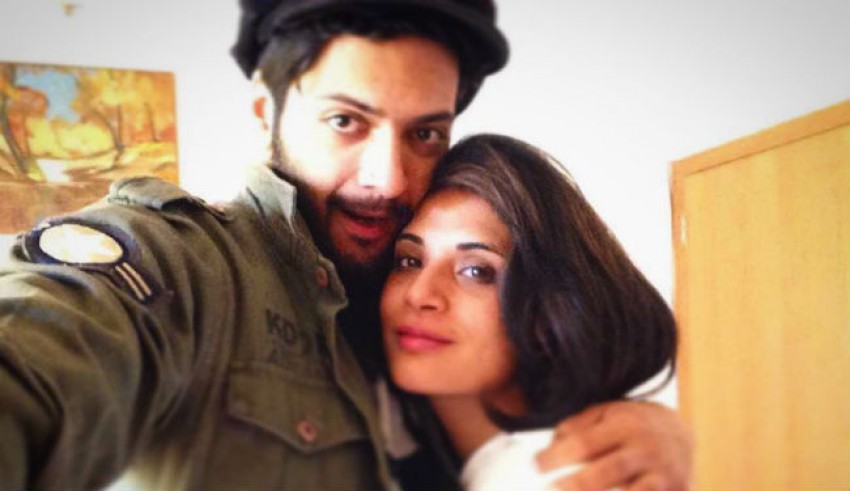 Actor Ali Fazal, who is rumored to be dating Richa Chadha, has shared an adorable photograph on social media with her and captioned it as “One of my favorite pictures”.
Earlier this month, Richa accompanied Ali Fazal to the premier of his Hollywood debut film at Venice Film Festival.

The actors shared several pictures on social media. In one of them, the duo was seen sitting with Hollywood actress Judi Dench, who is best known for her role in films like “Pride and Prejudice”, “Shakespeare in Love” and “Philomena”.

Richa wasn’t even required at the film fest but considering Ali’s British-American film “Victoria and Abdul” was being screened there, Richa wanted to be by his side on his big day and vouch for his success. Here is what Richa Chadha said recently,

“People are writing shit on my social media like love jihad and all that nonsense, so I find it really humorous. We are not Barack Obama or Michelle Obama to make our relationship public. We are just two humble actors. So I don’t think anyone cares about it. But the fact that I took a trip to Venice to be with him………I think that says something”.

Earlier, Ali too told a leading daily that it’s their friendship which grew over time. The ‘Fukrey’ actress recently opened up about her life (Professional and Personal) in an interview. Here are a few excerpts:

Here is what Richa Chadha said about the film industry.

“Films aren’t doing well and we aren’t learning from our mistakes. It’s a bad time to be in the film business as the recession has affected it badly”.

*How was it to meet legendary Judi Dench in Venice?

-It was amazing to watch her film, seated next to Judi Dench. It was awesome.

*Is there something between you and Ali?

-I accompanied him in Venice. People can make what they like out of it.

*Is it good to be an actress in Bollywood industry?

-It’s never a good time to be an actress. Your life depends on a system fraught with flaws. People treat actors like dispensable commodities.

*Are you coming back with “FUKREY” sequel?

-Yes, I am.
I love FUKREY.
I think the enthusiasm we had while filming will spill over and entertain the audience.

-The term ‘outsider’ shouldn’t exist. The media is as much at fault in creating categories like outsiders.
I suffered both exploitation and discrimination, but they were presented to me as rites of passage. Something every newcomer has to go through.

*What are your views on stars who are role models but stay away from morally reprehensible issues like crime against women?

-That sounds like censorship and it’s a dictatorial idea.
We need better role models than actors.
Actors are simply easy targets. People target them as examples of social malaise, misrepresent them and use them to garner TRPs.

-Not in my experience. How you are treated on a film set is a reflection of your box office strength.

And now in an interview, Ali Fazal revealed how his friendship with Richa Chadha grew over time–

“It’s so easy for everyone to fit us in a genre and label it love. Love is when we last, so the hope is that we arrive somewhere close to that. I just hope this is the last time I will be disclosing status on my personal life. We don’t want to jeopardize our little friendship. But am happy. I am very happy.”

Ali Fazal and Richa Chadha will reunite onscreen with the sequel of FUKREY.

A marketing campaign for lamb, which was made with the intention of promoting inclusivity …