May 18, 2022
6NewArticles
Home Peppy Tinder Profile Of A Beauty With Brains Breaks The Internet 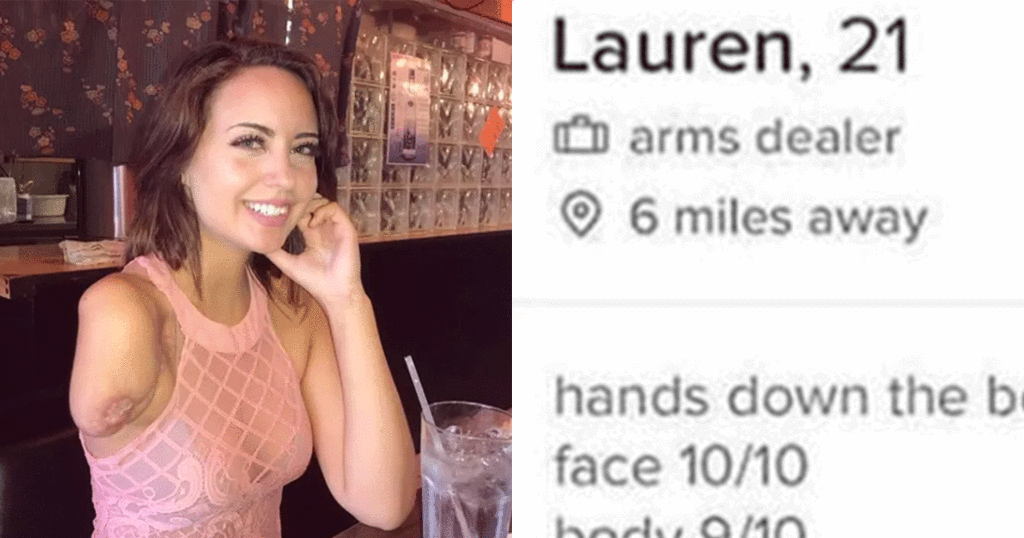 Some people in the world look upon everything without any hint of pessimism or negativity, accepting the things the way they are, without any complaints. They even bring out happiness in other people’s lives from their own miseries. Such people are a blessing in this world and their company is always coveted by others. 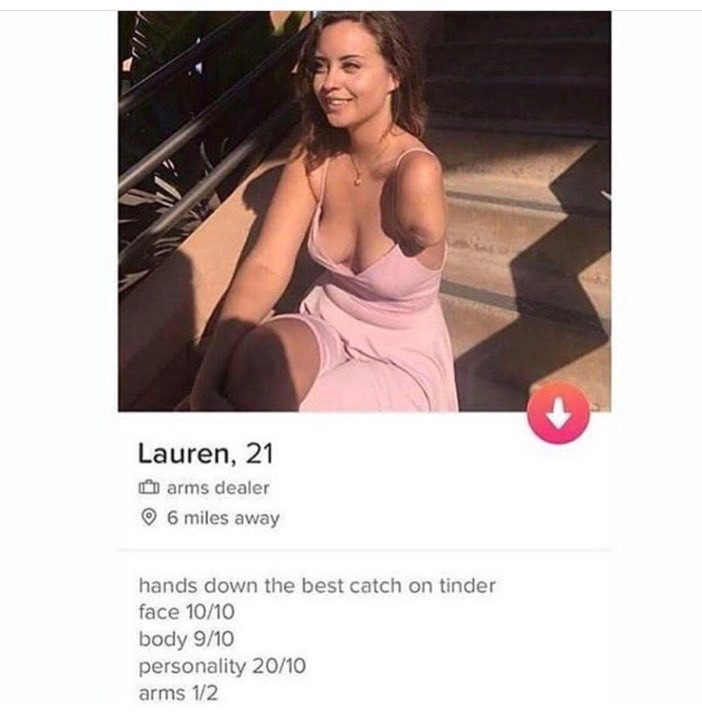 With a radiant vibe, they win the hearts of everyone around them. A woman on Tinder is a perfect example of such a person. Not only is she witty, but also has a good sense of humor.

Lauren had lost her left arm in a moped accident but that hasn’t deterred her from being the person she was. She did not mope around, regretting a lost arm, but went ahead and created a hilarious Tinder profile that would make any guy fall for her. The 21-year-old describes herself as an ‘arms dealer’.

Even in her photos, she hasn’t tried to shy away from her lost limb but wears her fate proudly. In her bio, she describes herself as ‘hands down the best catch on Tinder’. She even rates herself, face 10 out of 10, body 9 out of 10, personality 20 out of 10, and arms 1 out of 2. Clearly, her puns have made her an internet sensation.

I want to marry her? Like right now https://t.co/HkAphD2riy

I can already tell she has the best personality by her job title pic.twitter.com/uyK7DJCN0M

Twitter user, Jeremy Wolfe (@jerrrbearrrrr), posted a screenshot of her Tinder profile and tweeted that he wanted to marry her right then. Another user, meme god (@MEMESG0D), tweeted that he could tell she has the best personality with the way she described her job as an arms dealer.

Clearly, Lauren has the perfect Tinder bio that draws attention away from her accident and makes people focus on her as a personality. She is a true example of beauty inside and outside. We are quite sure that Lauren would be receiving as many matches on Tinder as she’d want.