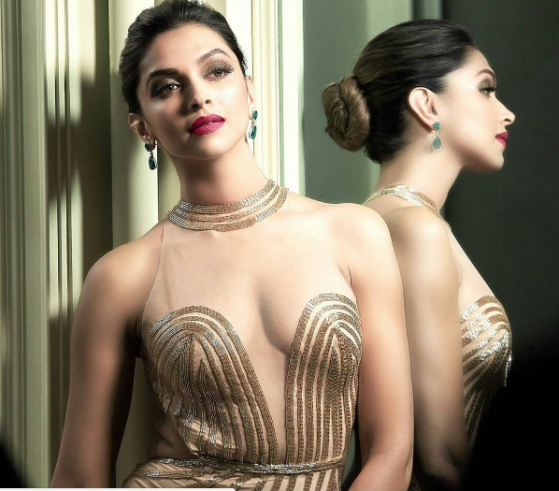 Besides being a global acting icon, there is another thing for which Deepika is known the best- her sense of style and glamor. Ever since her debut in Bollywood, she has been a well dressed and glamorous actress. However, as she aged in the glamour world her sense of boldness and seduction has matured and today she is the icon of glamorous avatars.

The Bajirao Mastani fame actress recently had a photo shoot for a famous beauty brand and there are all the reasons you must check out her pictures right away.

The pictures were released on the social media and the fans are going ga-ga over Deepika’s versatile and hot looks.

In one of her photos, Deepika can be seen embracing a seductive look with an all-golden see-through dress. The actress looks all made up in heaven in this avatar.

While in another photo she is making the temperature hot in a completely monochrome look.

Not more than a while, Deepika was trolled on social media for the photos from one of her photo shoots. But, these latest pictures of the actress have no chance for the trollers to hit back again.

On the work front, Deepika Padukone is busy shooting for her upcoming movie Padmavati. Directed by Sanjay Leela Bhansali, Padmavati has the backdrop of the royal families of Rajasthan. She will be sharing the screen with her beau Ranveer Singh and Shahid Kapoor. The movie is set to release in November this year, but as per the inside reports, Sanjay wants to release his movie in Cannes 2018 first and then release it on the silver screen in the coming summers.

The movie itself is a big source of controversies as the protestor claim that Sanjay has been playing with the historical facts for commercial gains. Even the sets of the film were vandalized twice-once in Jaipur and then in Kolhapur.