May 17, 2022
6NewArticles
Home Lifestyle You Don’t Know Elon Musk Without Reading These Facts! 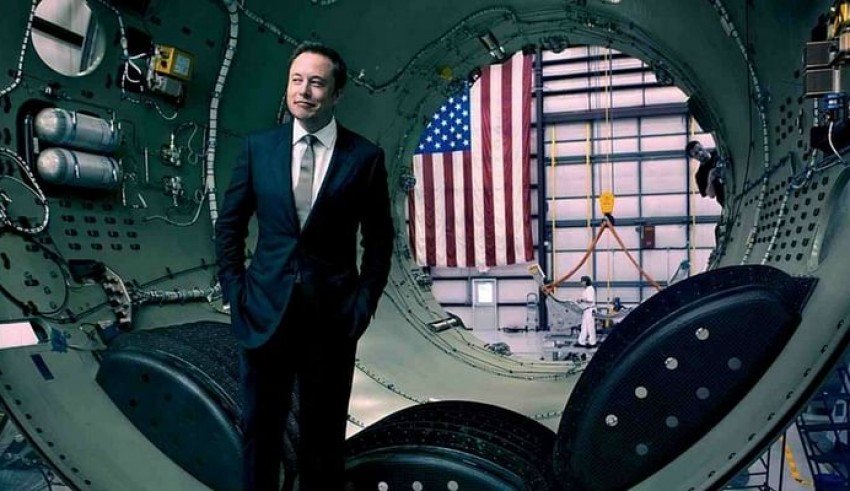 He is a business magnate with ideas that are not limited to earth but allows mankind to explore the depths of space. He is working on developing Hyperloop, a futuristic transportation system, and also trying hard to find out the right way to link human brains to computers. He also is dedicated to help one and all and his microsatellite project to deliver low-cost internet access to the masses is underway.

If this is enough, this brilliant engineer has ideas to establish a human colony on Mars and also offer an affordable space travel program. Yes, the Founder & CEO OF electric car manufacturer Tesla and space exploration firm SpaceX, Elon Musk has revolutionary ideas that can change the face of the world.

Elon has many achievements under his belt. He is the Founder, CEO, the lead designer of SpaceX, CEO, and product architect of Tesla, Inc. (we have already told that). But he also the Founder of The Boring Company and X.com (now PayPal), Co-founder of Neuralink, OpenAI, and Zip2 & Chairman of Solar City. This is a lot to achieve for a 49 years old man who also is a college dropout. Yes, he is!

There are a lot more interesting facts to explore about Elon Musk and this is what this article intends to do. Here we present you with some incredibly interesting facts about one of the most successful Entrepreneurs, Industrial Designer & engineers in the world- Elon Musk.

1. Selling Tesla to Google- He did it almost!

As claimed by Ashlee Vance, the author of Elon Musk: Tesla, SpaceX, and the Quest for a Fantastic Future, in the year 2013 Elon almost made a deal with Google to sell Tesla for $11 billion. Because Tesla wasn’t performing well at that time, Elon proposed a deal to Google’s co-founder and CEO Larry Page.

Page, on behalf of Google, offered him a $6 billion price and assured that they will further spend $5 billion in expanding the factory. The deal was almost finalized but then the sale of Model S spiked and rest is history. Tesla today has a net worth of more than $650 billion.

2. He Made his First Business Transaction at Age 12

When most of us were busy playing for our teenage, Elon Musk was already into a business. Yes, the brilliant Musk made a video game and sold it for $500 at the age of 12. He wrote the programming code for a video game dubbed “Blastar”. The source code was published by a South African publication PC and Office Technology for which he received $500. Blastar is still available if you are interested to play the game.

3. Even Elon Musk had to pay the Rent

Elon Musk was nothing different than most of us. Though he always was and that too in an entirely different way but he too had to pay the rent. During his days in the University of Pennsylvania, Elon partnered with his roommate Andeo Ressi and started a night club to pay the rent. The duo rented a large house and converted it into a night club. The house has the capacity to have 1000 people inside. However, Elon wasn’t always the art of the parties as most of the time he was found playing video games

4. His kids wanted the Best Education so he started a School himself

Quality education is what every parent seeks for their kids but not all of them start a school of their own. But, Elon did! He runs a school named Ad Astra at the SpaceX headquarters. Ad Astra in Latin means ‘to the stars’. The students at the school include Elon’s own kids as well as the children of the employees of SpaceX.

As per a document fled with the Internal Revenue Service, Elon started the school to offer education to his kids that “exceeds traditional school metrics on all relevant subject matter through unique project-based learning experiences.”

5. He was 9 when he Read the Entire Encyclopedia

Well, Encyclopedia is huge and no kid would dare to read it all. But again, Musk was different. He was a book lover and as per his words, “I was raised by books. Books, and then my parents.” Elon read as many books as he can and completed reading the Encyclopedia Britannica when he was just 9 years old.

6. It is Because of Musk that we Have Iron Man

News for all the Iron Man fans out there. It was Musk who inspired the character of Tony Stark a.k.a. Iron Man. It is claimed that Robert Downey Jr. wanted to have a meeting with Elon Musk to get into the character. They must have finally met as the second part of the movie, Iron Man 2 was partially shot at SpaceX and we also saw Elon doing a cameo in the film.

Yes, the multibillionaire Elon Musk once had to live at a tight budget of $1 per day. When he arrived in North America, Elon Musk was determined to manage his finances and not spend more than one dollar for his living. He has himself accepted that all he would buy was Oranges and Hotdogs. Though he also added that surviving on Hotdogs and oranges becomes too monotonous and hence he will add some pasta and green pepper along with sauce to the menu. Sounds tasty, doesn’t it?

Parents are innovative when naming their child but then there was Elon and what would you expect. He named his son ‘X Æ A-12’. If you are confused about how to pronounce it, here is Elon’s explanation: “First of all, my partner’s the one that mostly came up with the name. I mean it’s just X, the letter X, and the ‘Æ’ is pronounced, ‘Ash,’ and then, A-12 is my contribution.” He also explained that ‘A-12’ stood for “Archangel 12, the precursor to the SR-71, coolest plane ever.”

There is a lot to know about the famous Elon Musk. The man has achieved a lot and is dedicated to share his wisdom with the people in a number of ways. Hope you enjoyed reading these facts about The Elon Musk!