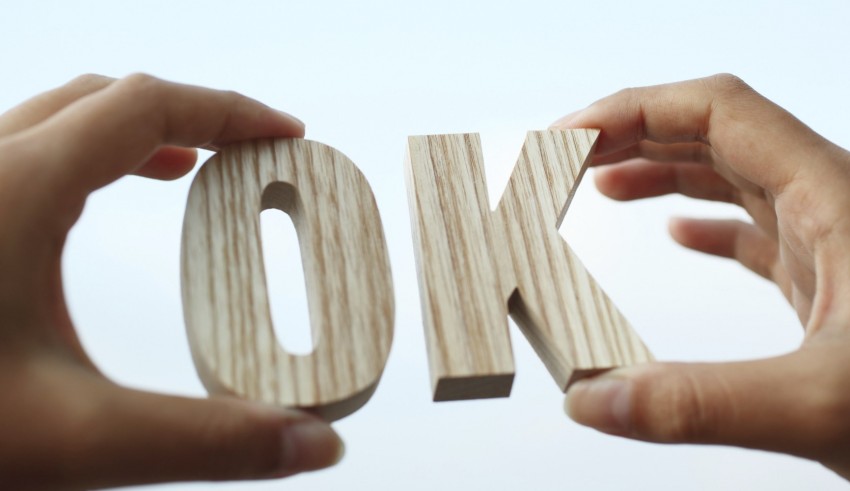 OK – is an English word denoting approval, acceptance, agreement, assent or acknowledgment? OK is frequently used as a loanword in other languages. It has been described as the most frequently spoke or written word on the planet earth.

In fact, as an adjective ‘OK’ principally means – adequate or acceptable as a contrast to bad.
Whether this word is printed as OK, Ok, ok, okay or O.K. is a matter normally resolved in the style manual of the publication involved. It is also used as kay or ‘kay as a filler word. Even it is commonly used in instant messaging, or in SMS messages. Before the days of SMS, ‘K’ was used as a Morse code prosing for ‘Go Ahead’.

OK is now used to label buttons in model dialogue boxes such as error message or print dialogues, indicating that the user must press the button to accept the contents of the dialogue box and continue. When a modal dialogue box contains only one button, it is almost always labeled “OK” by convention and default, usually rendered to the screen in upper case without punctuation: OK, rather than O.K., Okay, or Ok

There is also a book titled – I’M OK-YOU’RE OK by Thomas A. Harris MD. Harris’ assertion that all children start out with an I’m not OK, You’re OK life position was contested by his friend Eric Berne, the originator of TA, who believed that the natural state of a child was feeling I’m OK, You’re OK.

Whatever may be the origin of the OK word, say 179 years ago, much like the modern-day world filled with text-friendly shortcuts such as LOL and OMG, an abbreviation craze swept nineteenth-century America. Bleary-eyed readers scanning page two of the Boston Morning Post on March 23, 1839, may have barely noticed the linguistic oddity buried in the blizzard of ink in the second column. At the end of a short, throwaway item taking sarcastic jabs at a Providence newspaper stood the abbreviation “o.k.” next to the words “all correct

OK is perhaps the shortest word in the world but has the biggest problem as opined by Amitabh Bachchan, who too used this word in his film – Cheeni Kum – Sugar-Free Romance. He said because OK is meant both for both Yes or No.

Frankly speaking, OK is only shortest word to confirm your feelings on the others but the most common and problematic position is I’m Not OK, You’re OK.