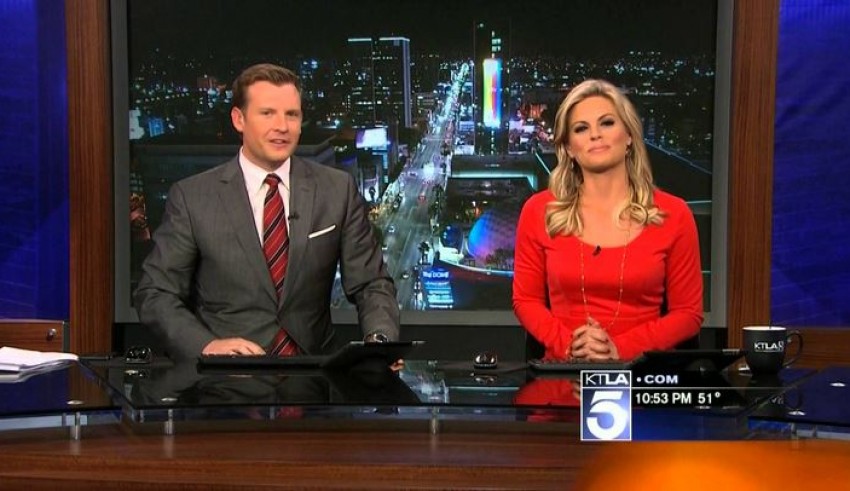 Gone are the days when news anchors were dull and boring. Now even new channels are piping with hotness and glamour, thanks to the hottest journalists and news anchors. Time has changed and so as the news channels, you tune into any news and you will find an attractive and confident face. Earlier, there were few hottest male news anchors adding glamour to this boring industry but now be it CNN female anchor 2018 or BBC’s news anchor, they have simply surpassed all-male news anchors.

So Here Are The Top Female News Anchors All Over The World:

One of the hottest reporters in the world, Meghan Kelly is working with fox news. She has practiced law for almost 9 years before joining this journalism industry.

Tamron is yet another news anchor, who is currently hosting a crime show with the name of “Deadline crime” broadcasting on Investigation Discovery. Not only she is a great journalist but has also featured in various elite publications like Forbes, ebony, and Huffington.

Presently working with CBS, Alex is one of the most beautiful news anchors we have ever seen in this industry. She has done graduation in history and literature and has also worked as an editor in chief for Fader magazine.

This beautiful news anchor also made her place in the list of hottest female news anchors 2017. Right now she is working with KTTV-TV, Los Angeles but prior to this, she has also worked with oxygen channel and GoTV mobile television. She also posed for magazines like Maxim and FHM.

She is one of the most talented and hottest new anchors that have ever joined this industry. She is working as a lead news anchor with HLN TV. Her hotness and gorgeousness have helped her to win the title of Miss Ohio.

She is nothing less than a television star and is known for her exceptional and charming personality. Not only she has been an anchor but has also worked with Bloomberg TV and has co-hosted one of the most popular interview series.

If on Google you will check the hottest CNN female news anchor photos, then the first image to pop up will be that of Brooke Baldwin. She started her career with WVIR TV in 2001 and currently she is the host of CNN’s Newsroom.

Presently working with Huffington post, Ghida Fakhry is one of the renowned and well acclaimed international journalists. She can also be seen in various conferences addressing global issues.

Not only she is one of the hot news anchors in India but she is also one of the bravest and courageous news anchors. Currently, she is senior editor and female anchor in the business channel of economic times, and in the past, she has covered the Mumbai terror attacks from the outside. She has also been awarded the Ramnath Goenka award for excellence in business journalism.

Since the time she has joined this industry, she has always made it to the list. This French journalist has many laurels in her kitty and is presently working with M6.

Working for one of the prestigious new channels CNBC, Sussan Li was born in China but later migrated to Canada. Not only in the country but owing to her charming personality she is one of the hottest female anchors we ever had.

Undoubtedly, she deserves to be in the list of hottest female anchors. Her looks are astonishing and have all the traits to be the top news anchor. She has done graduation in Global studies and currently, she is working with Fox News Channel.

Now, what are you waiting for, just go and look out for the pictures of these amazing news anchors we ever had in this industry.