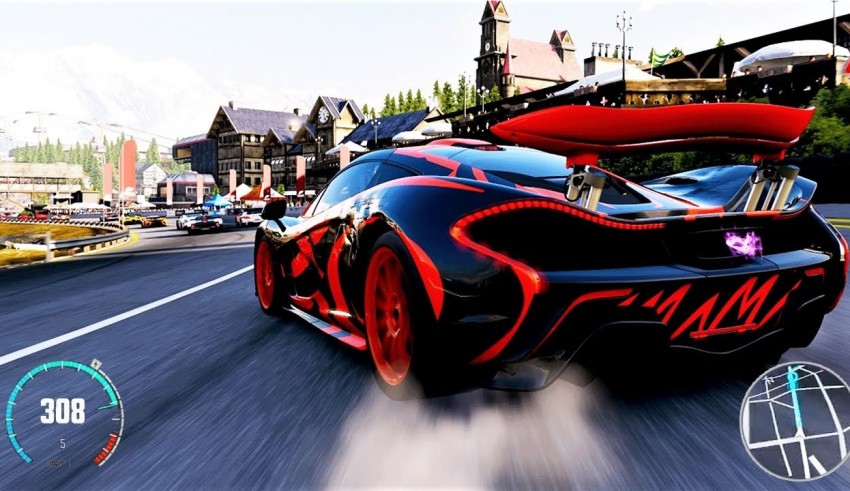 Best Racing Games For Xbox in 2018

We all like to race cars. For those who cannot do it in real life, we take to the virtual world to fulfill our fantasies. There are people who do not fair well in racing games, while there are others who love nothing else. The fans of the racing games in the world will already know all the best ones that are available, but for those who are just starting out in the genre, here are the best ones that you can get on the Xbox One console in 2018:

This is a magnificent game that has set the standards for the racing games for years now. Developed by Playground Games, Forza Horizon 3 shares the same engine as Forza 7, the ForzaTech engine. The game is set in Australia and is a great relief from the track racing that people are used to. It takes in all the terrains and presents it in a beautiful manner, with the light from the sky touching all the nooks and corners. The game is quite an upgrade and a lot better than its predecessors.

Forza Motorsport 7 is the biggest and most ambitious racer developed for the Xbox. It is also developed by Playground Games and uses the ForzaTech engine. The game has more than 700 cars and real and fictional circuits that will indulge you for months on a row. It runs on 60 FPS screen refresh rate and you can buy it once and play it on any device, PC or Xbox.

The hearts of the fans who love the F1 racing are going to skip a beat with this one on the list. This game is the closest that we will ever come to racing on the tracks that are set for the F1 series in a game. Everything from the circuits to the drivers is based on the real calendar. Just like its last version, the F1 2016, this game is quite popular among the fans since it brings out the real racing experience to the console. There are enhancements for the game in Xbox One X, which take the graphics to the HDR and 4K resolutions.

The successor to Project Cars, this game overcame all the problems that were reported in its predecessor. It was the pioneer in the racing games to bring the true racing experience back to the console. With its enhancements for the Xbox One X, this game is a true master of the visuals and the graphics. There is a wide range of circuits on the game, including the big names like Dubai and Le Mans, and also the lesser-known ones like the Cadwell Park in the UK. The latter is a true challenge with its narrow and technical corners.

Dirt 4 is the sequel to the Dirt Rally, and it holds up the mantle quite high. Keeping the basic idea of the game, the developers have added quite a lot more to it for additional fun. The players get a choice between keeping the controls challenging and realistic, or bringing them down a notch and playing on easier and tamed settings. There are different race types and quite a wide range of weather options that you can play the different tracks in. Subscribers can play the game at no additional cost with the Xbox Game Pass, or purchase the game.

This game is not your typical finishing-first racing type. The game includes some head-on collisions and smashing of the opponents. There are a variety of vehicles available. You can choose from various motorcycles, cars, or trucks. The objective of the game is to smash and bash and lead the competition. Originally developed on the designs of the Motorstorm franchise, this game was later acquired by the Codemasters.

This is one of the oldest games on the list. Given the fact that it is still on the list for the best racing games, you can just imagine the fun that you can have playing the game. The remastered version includes a 4k resolution gameplay on the Xbox One X and a slight makeover for the game to suit the needs for 2018. The game still includes all the fun from the Original Burnout Paradise, with its insane speeds, wild jumps, and brutal accidents.