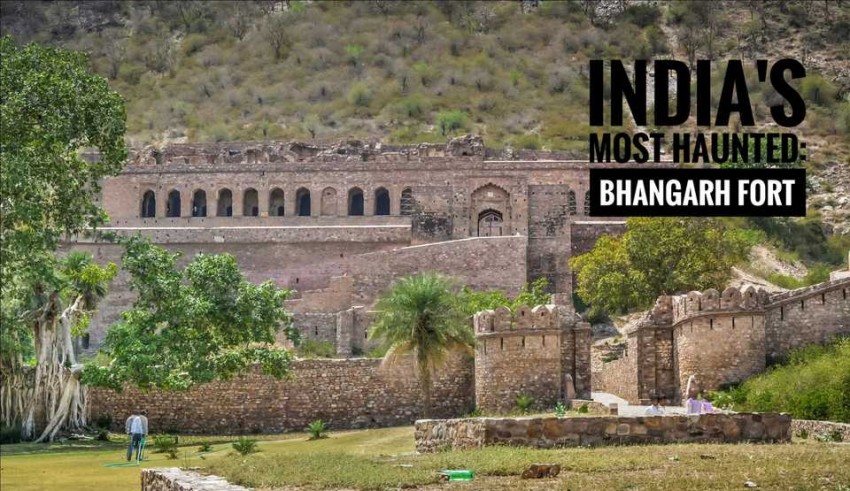 If you are planning to have some adventurous, creepy and chill spinning experience during your next vacation then this place is waiting for you. Bhangarh Fort is the topmost rated haunted place of India. Its situated in Rajasthan which is famous for its braveheart people, architectural palaces and colorful culture but Bhangarh fort is famous for its strange folklores and legends. Tourists who want to have experience of paranormal activities get attracted towards this place. Whosoever has visited this fort claims to feel the hollowness, strange silence, unusual activities at this place. It is claimed that nobody can enter this fort after sunset. Local people claim that if someone tried to spend a night here, they never returned.

Strange Stories About This Place

Various rumors about ruins of this fort float among people here. It is said that no one dares to build any structure in this area as roofs collapse after being built. Some say ghost roam around in this place. The legends and stories related to Bhangarh makeup for an interesting account.

Due to these haunting stories, nobody dares to enter this place after sunset. Even there is a notice on the entry of fort by Archeological Survey of India which debars tourist from entering this place after 6 pm. So officially this place is the scariest place of Rajasthan.

Apart from these unusual stories, this place is very calm, serene and full of greenery. It is located on borders of Sariska Reserve in the Aravali Range of hills. Remnants of this forts tell the story that once this place stood to its grandeur and glory and was architectural marvel like other palaces of Rajasthan. Though the main entrance of this fort has changed into a rumble of stones but there are four more entry gates named –Lahori gate, Ajmeri gate, Phulbhari gate and Delhi gate. Ruins of this place keep tourist spellbound due to its greenery, lakes, ponds, and hills all around. The remains of the royal palace are situated on the lower incline of the slopes. It is said that to break the curse, emperors built some temples in the premises of this fort like Hanuman temple, Gopinath temple, Someshwar temple, Mangla Devi temple, Navin temple.
Few more attractions of this place are Purohit Ji Ki Haveli, Nachani ki Haveli and Jauhari Bazaar. Visitors claim to have heard some strange voices of singing and dancing on these places. Some claim to smell strange perfume around. These bone-chilling stories never kept tourists away from visiting Bhangarh Fort. Some come here for curiosity and some for having paranormal experience and some just for admiring soothing aura of this place during daytime.

Fort is open all days from 6 AM – 6 PM. But after 6 PM nobody is allowed to enter the premises.

Rajasthan is an arid area, so no one prefers to come in the summer season. It’s better to visit this place in winter seasons i. e. October to February. This would be the best time to explore Bhangarh fort and adjoining places.

Try to bring your food along with you as this place is off the highway. Food may be available at Dhabas but not in close vicinity to a fort.

If you want are coming from Delhi then take a Shatabdi express till Alwar and after that hire a taxi. If coming by air then land at the nearest airport at Santander Airport at Jaipur and after that journey of 56 km can be traveled by SUV or taxi. Bhangarh is well connected by road and buses can also be taken to visit this mysterious place.