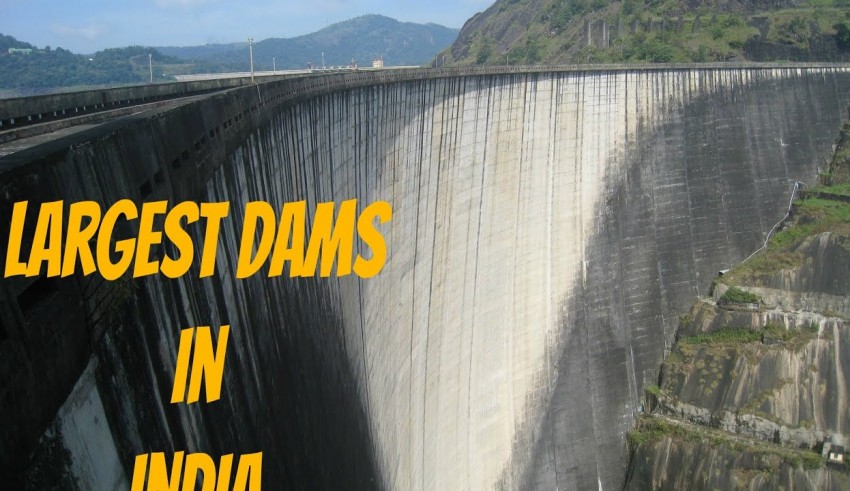 Post-Independence, India has experienced significant changes which have resulted in growth and development of the country. Architecture and Infrastructure is one of the primarily developed categories where Indian intelligence and skills can be witnessed. Talking about dams and water reservoirs, they are being constructed at a large pace which has resulted in making India the most prolific dam builders all over the world. Around 4300 dams are already constructed and still, the construction process is on. Half of the dams which are constructed are more than twenty years old. These dams make one of the biggest tourist attractions in India. Given below are five biggest dams in India which boasts of rich Indian architecture excellence.

Tehri Dam is situated on the Bhagirathi River in Uttarakhand. It is the highest dam in India, It has a height of 261 meters and is the eighth tallest dam in the world. The first phase of this dam was built in 2006 and other two phases are under construction. The Dam water reservoir is used for irrigation, municipal water supply and the generation of 1,000 MW of hydroelectricity.

Sardar Sarovar Dam is also called as the Narmada Dam is the largest dam which is to be constructed over the Sacred Narmada River in Gujarat. The height of this dam is 163 meters.  This dam will be a blessing as it will provide irrigation to drought-prone areas of Kutch and Saurashtra. The gravity dam is the biggest dam of Narmada Valley Project with power amenities up to 200 MW. The dam is basically constructed to be advantageous to the 4 major states of India that is Gujarat, Madhya Pradesh, Maharashtra and Rajasthan. The proposal to raise the dam’s height from 121.9 meters to 138.7 meters is been approved by Indian Government which makes it the second highest dam in the world after Grand Coulee in the US. The inauguration of this dam took place on September 17, 2017, by Prime Minister Narendra Modi.

Hirakud dam is constructed over the Mahanadi River in tribal-state Orissa. Hirakud Dam is 26 km in length which makes it’s the longest dam in the world. Two observation towers that are “Gandhi Minar” and “Nehru Minar” are built on this dam. The Hirakud Reservoir is 55 km long and is used as a multipurpose scheme aimed for flood control, irrigation and power generation. After independence, it was one of the major multipurpose river valley projects.

Nagarjuna Sagar Dam has a height of 124 meters and is built across Krishna River in Andhra Pradesh. It is the largest masonry dam in the world. Nagarjuna Sagar Dam is definitely a thing of pride for India as it is counted as the largest man-made lake in the world. It consists of a 1.6 km long lake with 26 gates dam and is counted as the symbol of modern India’s architectural and technological triumphs over nature.