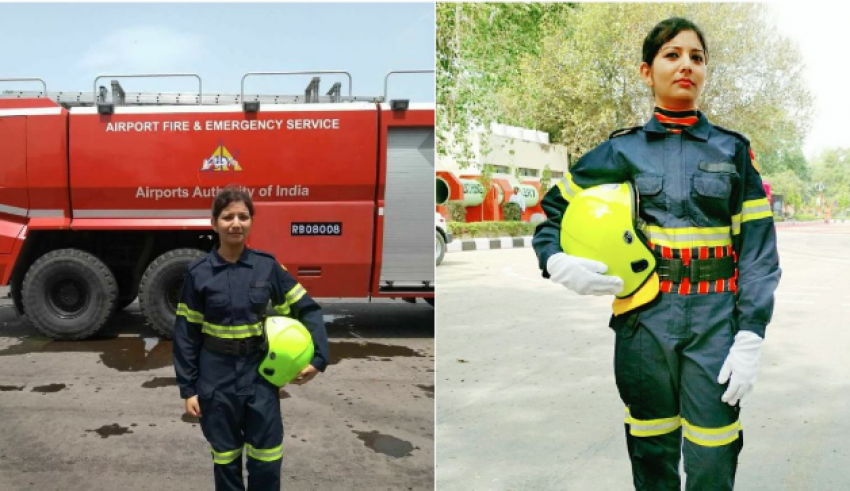 Till date, the charge of the protection of the Indian Airport was in the hands of an all-male army of firefighters. However, making all the Indian women proud, the first ever female Indian firefighter will soon join the army to safeguard the territory. The Airports Authority of India (AAI) has reportedly appointed India’s first female firefighter.

Taniya Saniyal, a young woman from Kolkata, who will be soon joining the male team of firefighters. The Airports Authority of India (AAI) currently employs 3,310 firefighters at the airports and none of them is a female. Taniya is undergoing a strict training in Kolkata, to hone her skills and learn advanced firefighting skills to join this team of firefighters. As per the standards, it is a must for every airport to have a permanent fire service team.

Until now, there were no provisions for women recruitment in AAI manuals, as firefighting was primarily considered as a men’s job.

Talking to a reputed news daily, Taniya says, “It is a matter of pride and a great honor for me. I always wanted to do something challenging. Firefighting is very noble calling.” This makes us proud as well.

AAI chairman GuruprasadMohapatra, who made this change a reality says, “We were facing a shortage of firefighters due to expansion and new airports coming up. We brought in contemporary rules and decided to recruit women in this field which required criteria for physical standards.”

“I had made similar rule changes in Ahmedabad Municipal Corporation for firefighters. We got hold of them and then set the standards for recruiting women firefighters. This is the first time a woman has joined our ranks in this field and it will continue now,” he added further.

Taniya, after appointment, will be appointed in the AAI’s eastern region airports that include Kolkata, Patna, Bhubaneshwar, Raipur, Gaya, and Ranchi.