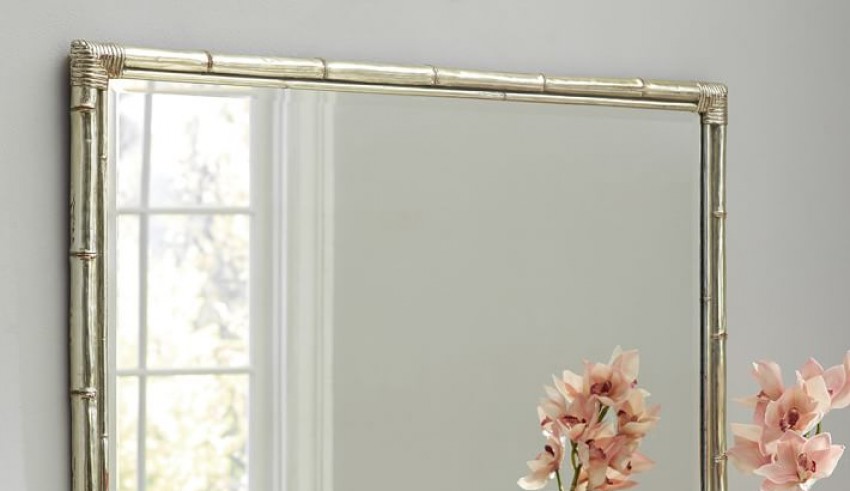 The mirror is one of the best tool in everyone’s house and without its existence, neither the house is complete nor your dress.  To prove that you are opposite of ‘old’, you have to stand before the mirror to look ‘new’ or ‘young’.

Both – new and young are equally legitimate opposites of old but one can realize only if you happen to see the older persons when wrinkles on their faces cannot be counted on fingers.

You give a kick to the well-dressed person, you often meet and sometimes feel jealous of it, and you have to stand before the mirror before moving out.

It is said that the face is correctly seen by a photographer – who clicks the photograph for you, the painter – who paints your portrait and the mirror – which tells as to how you will look to yourself and others.

Standing before the mirror can show you a million things wrong with yourself and raise hundreds and thousands of questions – Do I feel good? Do I keep a good health? Do I am so blessed?  It is only the way, how you take the life, in fact.

If we keep aside the mirror for a moment, you always look younger by watching the older as a mirror of your life. The more you looked to the older, the more you will feel younger.

But I am at a stage where each birthday reminds me of the dreadful – the ultimate wrinkles even if I don’t see the mirror. Definitely, after a few such birthdays, one stops taking note, like our parents, who seem to have aged gracefully.  The fear of the first wrinkle you see while standing before the mirror is equivalent to the fear of death and the only similarity is the conclusiveness of the two – mirror and death.

Ultimately, you have to make a deal with your thoughts.  You have to study the accounts of life – profit and loss equations. It is definitely a loss of energy of youth and proud of grey when I saw for the first time the white lining in my hair.

However, people often think that breaking a mirror may bring you bad luck for 7 years. Mirror superstitions probably evolved from the time when the first humans saw their reflections in a pool of water, believed that the image in a water was their actual soul and to endanger it would mean risking injury to the other self. An ancient myth was that mirrors have magical powers, including the power to foreseen the future and are thought to be devices of the Gods. Thus breaking a mirror would terminate its powers, the soul would astray from the body and misfortunes be brought upon the one whose reflection it last held.  It was the Romans who tagged to the broken mirror a sign of seven years bad luck.

Sometimes when I stand before the mirror, the question which hits me in the face – Is it worth giving undue importance to the exterior? – is by choosing to wear the branded clothes from my own collections.  But I had never compromised over the combination of my clothes which only a mirror could tell me. At the same time, I also feel then that we give little care to the discoveries of our inner world. We must finish the castles which we left un-built and spare time for inner growth and satisfaction.  In the see-saw of life, one can never be on the up and up.

I myself summon up that the first thing I put in my weekender bag is my first and best friend – mirror – as I know as to how difficult was when there was no mirror in a room I stayed a long back and I had to dress just guessing as standing before the mirror.

Frankly speaking, one might be having the number of friends in his life right from your childhood but a mirror is one’s first and best friend.  We should be grateful to the mirror for revealing to us our appearance only otherwise, it could have raised the number of questions on your inner conscious.