January 27, 2022
6NewArticles
Home Peppy Darling, Believe Me, I Love You 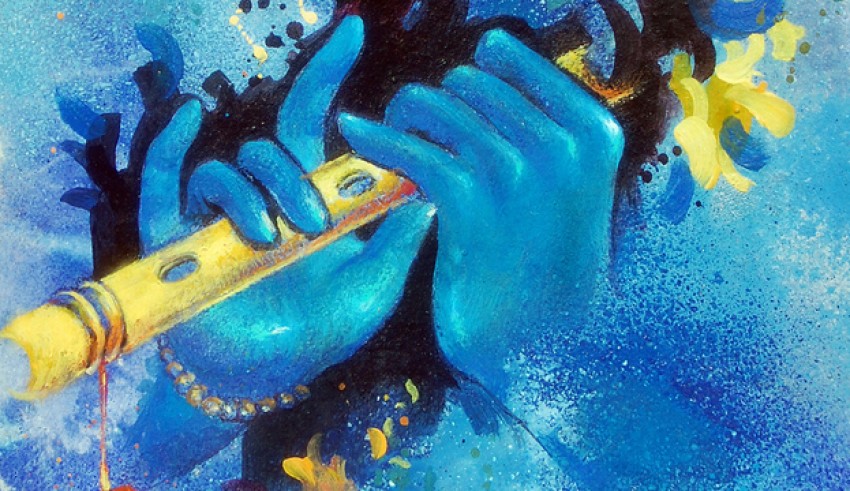 I love paintings but I don’t have interest in painting. My father used to make paintings before partition or you can say before my birth but one such painting of Lord Krishna – despite our family being non-believer in God concept – with water-colors is still hanging in our house. The painting is so nicely painted, there is no damage to it even after around seven decades and it looks as if painted today.

Portraits are often important state and family record as well as remembrances. Historically, portrait paintings have primarily memorialized the rich and powerful. Over time, however, it became more common for middle-class patrons to commission portraits of their families and colleagues. A good painting to me has always been like a friend.  It gives me company, comforts and sometimes inspires.

I don’t know neither I asked my father as to how much time he took to paint it nor how the idea of painting Lord Krishna came to his mind.  I was not so mature to ask all these questions. But now I realize when I see a close friend of mine who is also fond of painting that creating a portrait takes considerable time, usually required several sittings.

Artists may strive for photographic realism or an impressionistic similarity in depicting their subject, but this differs from a caricature which attempts to reveal character through exaggeration of physical features.

A well-executed portrait is expected to show the inner essence of the subject (from the artist’s point of view) or a flattering representation, not just a literal likeness. As Aristotle stated, “The aim of Art is to present not the outward appearance of things, but their inner significance; for this, not the external manner and detail, constitutes true reality.”

I recollect that this painting of Lord Krishna used to be taken in our colony wherever there was a Kirtan or Satsang.  But with the passage of time, the idea of these rituals has shifted to the temples and the painting remained a part of our house – hanging on the wall.  The face of Lord Krishan is painted with bluish color with ‘mukat’ – crown – on the head with feathers of the peacock, with long hair on the back and garland of flowers – still glows with blessing gestures.

Frankly speaking, now a day, portrait paintings are still commissioned by governments, corporations, groups, clubs, and individuals. In addition to painting, portraits can also be made in other media such as etching, lithography, photography, video and digital media. Painting is the frozen evidence of one’s performance.

I call to mind another incident when my father – who was associated with Sobha Singh– a renowned artist along with two of his close-friends Krishan Lal and Mohan Lal Arora, once painted the portrait of Gobind Singh Ji on a horse with bridle in his one hand and a pigeon in the other hand while sitting on the horse and on pointing out certain glaring mistake in the painting, he repainted the portrait while sitting throughout the night.

Another painting of my father – two birds shown sitting on the stem remained a part of our sitting room with a quote – Darling, believe me, I love you – came back to our house when taken by someone to display at the competition, where it won the first prize – in a distorted condition, with the change of the painter’s name with apology. But that was never displayed in our house and lost in the store somewhere.