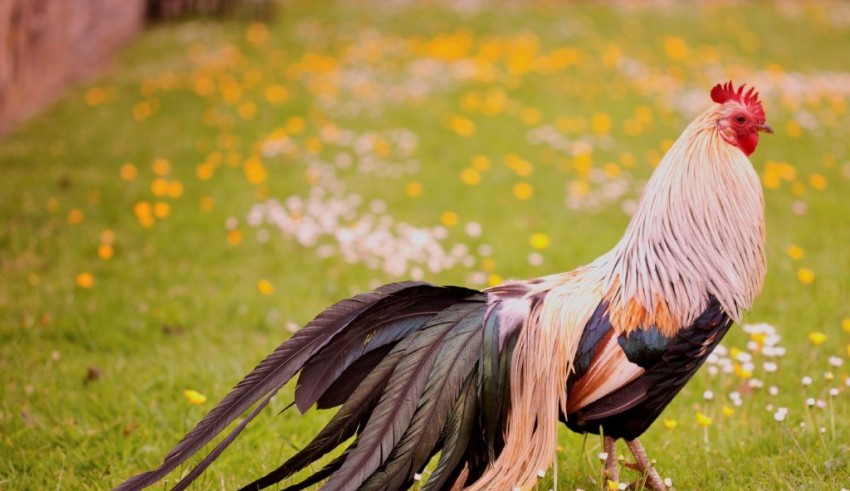 There are many chicken breeds that exist in this world. It is true that chicken is probably the most widely eaten meat form in the world but not many people know about the various breeds of the bird. Some of these breeds are quite beautiful to look at too. Given below are the top 10 picks for the most beautiful chicken breeds:

They are big and stately birds who are also very friendly. The smaller variety, the Brahma Bantams, are, however, easier to handle and the perfect breeding birds for beginners. The Brahma chicken was the principal meat breed in the United States of America between the mid 19th century and the first quarter of the 20th century. Their ancestors were large chickens that were brought in from Shanghai.

This breed from Russia looks very cold-hearted, which is because of its well-feathered plumage and somewhat game-like appearance. There is a thick presence of feathers around the head and the neck. Recent evidences show that the breed first appeared in Persia and was distributed across Europe and Asia by the 17th century. Count Orlov was a key promoter of the breed, which is why the chicken breed was named after him for his efforts.

This is an Austrian breed which drives its name from Sulmtal, the valley of the Sulm river, where this chicken breed originated. It was the principal meat of the Imperial monarchy of Austria. It served the dual purpose for eggs and meat. There was a massive cross-breeding that happened in the second half of the 19th century with the imported Cochin, Dorking and Houdan stock to create heavy meat birds for fattening. However, in the beginning of the 20th century, some breeders brought together the small remaining stock and recreated the original breed.

This rare French breed serves the dual meat-egg purpose and is a domestic breed from the Pays de la Loire region. It was once famous for the fine quality of its meat but since the Second World War, the numbers of this breed have fallen considerably low. Its origins date back to the 15th century and the breed enjoyed quite some fame and success in the first part of the 20th century. They are usually used now as ornamental birds but some of the high-level restaurants in France still use this bird for its fine meat.

It is one of the best dual purpose breed of all. It is an American bird and had been believed to be named by the Native Americans of the Wyandotte region. However, it was not the case and was named in the honor of the trading ship by the name of Wyandotte. They are the perfect mother hens and it is quite fun to watch them raise their little ones. While uncommon in other breeds, you will find that the Wyandotte hens raise their offsprings together as a group.

This German breed offers an excellent free range birds known for their egg laying ability. The hens share a profile that is quite similar to that of a seagull. The Frisian Gull descends from the coastal region of the same name that encompasses the northern areas of the Netherlands, Germany, and Denmark around the border of the North Sea. They are found in three color varieties, the silver, the gold and the lemon color. They lay about 180 to 200 white eggs each year. They are exceedingly rare in their native region. The total number according to a recent census is about one thousand.

There are no originating records of the Austrian Bantam chickens. They have been around for quite some centuries. They are absolutely rare now and are not firmly standard in size and appearances. Therefore, there can occur a large variety in the appearance of these chicken. There are many different types of plumages and colours and patterns. Despite these differences, they are uniformly hardy in winter and have white earlobes and lay white to light brown colored eggs. The hens are broody from early spring to the middle of autumn and are the best mothers among all the chicken breeds of the world.

The second runner-up in this list, they are the smallest chickens in the world, some of them only 15 cm tall. While the modern variety was created in the early 1970s, their origins date back to almost 400 years ago. They appear in all colors as the other chickens. Some of the children can be larger than their parents. They need to be protected from the cold and the winter since they are usually tropical birds.

They are beautiful birds and breeders can usually not stop staring at them. They are very friendly and trustworthy and love to be close to humans in hopes of getting treats. Exchequer Leghorns are not just beautiful but also good egg-layers as they produce a huge number of white eggs in their lifetime. They are not good for brooding. The Bantams in the Exchequer Leghorns are extremely rare and are very close to extinction. While they are also very good egg layers, they do not share the calm and trusting behaviors as their bigger siblings. It could be one of the reasons of the decline in their population.

These two breeds are quite similar; the main difference being only in the color of their bodies. The Lakenvelders are white while the Vorwerks are more of dark golden. They both share an unusual black feathers around their necks. The Lakenvelder is the more widespread of the two and has existed for a longer time than the Vorwerk chickens. There are hints of it existing for more than three centuries now but there is no clear hint about the origin of the breed. It could either be German or a typical Dutch breed. Historically believed to be excellent egg layers, the Lakenvelders are now just moderately good egg layers, laying about 160 eggs per year.