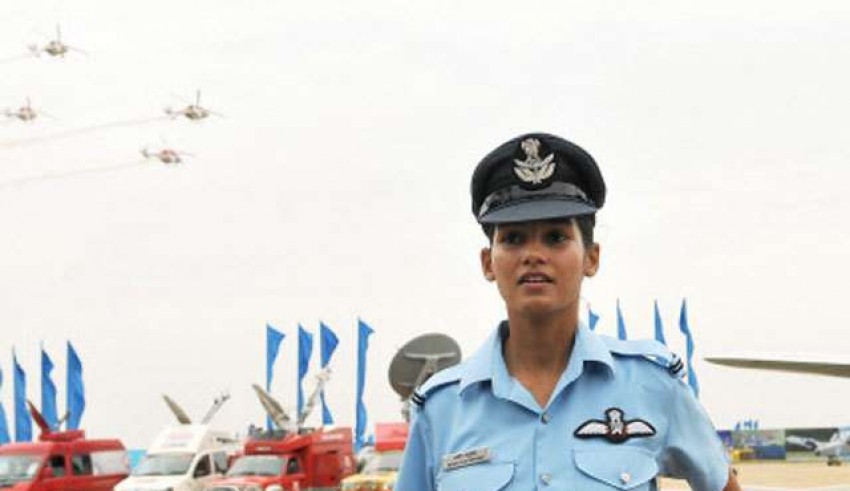 Avani Chaturvedi grew up in the small town of Deoland near Rewa in Madhya Pradesh but she dreamed big. She achieved her dreams and has become the first-ever Indian woman to break the sound barrier with resounding sonic booms in a supersonic fighter all alone. She was among the first three women fighter pilots being trained by the IAF, shattering the deep-rooted combat-exclusion policy for their gender in the Indian armed forces, and flew a 30-minute solo sortie in a MiG-21 at the Jamnagar airbase on Monday afternoon.

“My heartiest congratulations to Flying Officer Avani Chaturvedi for successfully clearing her first solo sortie on a MiG-21 ‘Bison’ fighter. The IAF has always taken a lead in providing an equal platform to women officers. It’s a red letter day for the country,” said Air Chief Marshal B. S. Dhanoa. Avani, whose father is an executive engineer in the MP government, however, is too busy with her grueling fighting training regime. But she had earlier said, “Any air force is defined by its fighters. My dream is to become a good fighter pilot, on whom my seniors can rely when it comes to flying live operations. I want to fly the best fighter aircraft and learn more and more each day.”

Avani, who was commissioned into the fighter stream after basic training in June 2016, still has over a year to go before she can be deployed for combat missions with her 23 “Panthers” Squadron. The first solo flight is just the initial step in the exhaustive operational syllabus that transforms rookies into full-fledged fighter pilots capable of handling the intricacies of high-voltage combat flying. She will have to learn tactical flying and maneuvers after consolidating her general handling of MiG-21s in multiple solo sorties. Then will follow the air-to-air and air-to-ground combat training. Once she becomes “fully ops (operational) by day” on the MiG-21s, she will have to learn night flying during the “moon” and “dark phases” on them. A BTech in computer science from Jaipur, Avani has her task cut out for her.