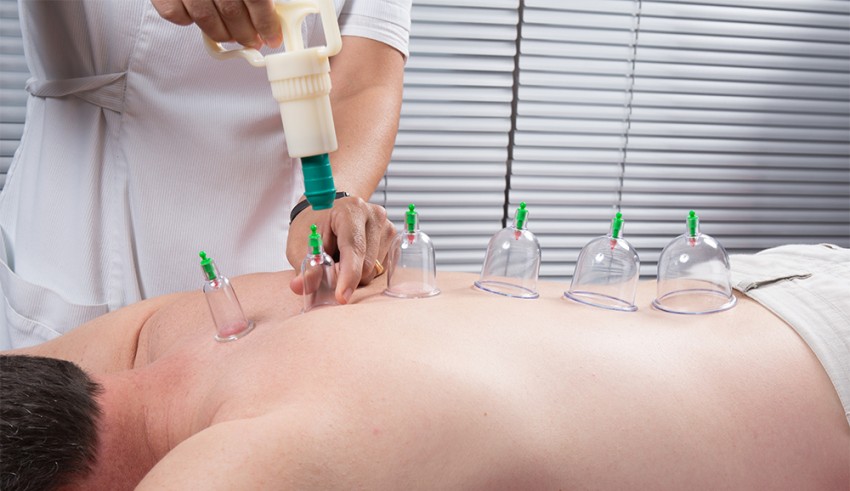 Cupping is a therapeutic process in which suction is applied to the surface of the skin to create a negative pressure. While some may perceive the practice as barbaric, there are scientific evidences that cupping is more helpful than it is dangerous. This does not mean that you should try it at home. There are certified therapists that you can visit and the International Cupping Therapy Association (ICTA) has an international list of trained therapists, who use extensive knowledge of anatomy and physiology to improve your health. In medieval times, the doctor would hold a flame briefly under a glass jar or cup before placing it on the back of a sick patient, creating a vacuum that then sucks the skin up into the glass jar. The practice is quite contrary to modern medicine due to which it draws disbelief on its benefits.

However, scientific studies and researches have drawn out the various benefits that are involved in the practice.The International Cupping Therapy Association says that cupping can improve your health if you suffer from several physical and mental health problems, including the common cold or flu, depression, arthritis, anxiety, sciatica, intestinal problems, muscle pain, and even cellulite and stretch marks.

1. Increase in the function of the Immune System

In a review of an ancient cupping therapy technique called Al-hijamah, Egyptian and Saudi Arabian researchers say that the therapy ‘may be a promising treatment for increasing immunity of human body, potentiating pharmacological effects of modern drugs and clearing blood from pathological substances causing and related to pathogenesis of many diseases.’ The research showed that the therapy helped increase immune system function by 156% when it was added to conventional pharmacological treatment. Without the drug therapy, it increased immune system natural killer cell response by 133%.

The joint Egyptian and Saudi Arabian study also found that chronic pain intensity reported by patients was reduced by the use of cupping therapy. The amount of pain that was reported by patients seeking help decreased by almost 34% after one month of treatment, 40% after two months, and 59% after three months of therapy. This was found to be true for people experiencing rheumatoid arthritis and the benefits are believed to extend to other types of chronic pain as well.

3. Improvement in the Defenses Against Viral and Bacterial Diseases

Herpes, influenza, viral hepatitis, acne, dermatitis, and cellulitis are all health problems that can also be improved by cupping therapy. The ways that it works to improve health are complex because the treatment works on multiple bodily systems at once. In the neurological system, neurotransmitters such as serotonin, dopamine, endorphins are all released during therapy. In the immune system, the temporary skin irritation activates the immune function which then increases interferons, tumor necrotizing factor, and increases the flow of lymphatic fluid.

4. Reduction in the rates of Cardiovascular Diseases

Systolic hypertension, heart failure, vascular leg blood clots, myocardial ischemia and arrhythmia, and even myocardial infarction or heart attack instances were reduced by the use of cupping therapy as reported by the Egyptian-Arabian study.

5. Reduction in the rate of Headaches

A joint research study between the Kermanshah University of Medical Sciences in Iran and the University of Alabama at Birmingham, USA studied wet cupping therapy as a remedy for headaches. They say that for patients who tried the therapy 3 times over a 28 day period, ‘headache severity decreased by 66% following wet-cupping treatment. Treated patients also experienced the equivalent of 12.6 fewer days of headache per month.’