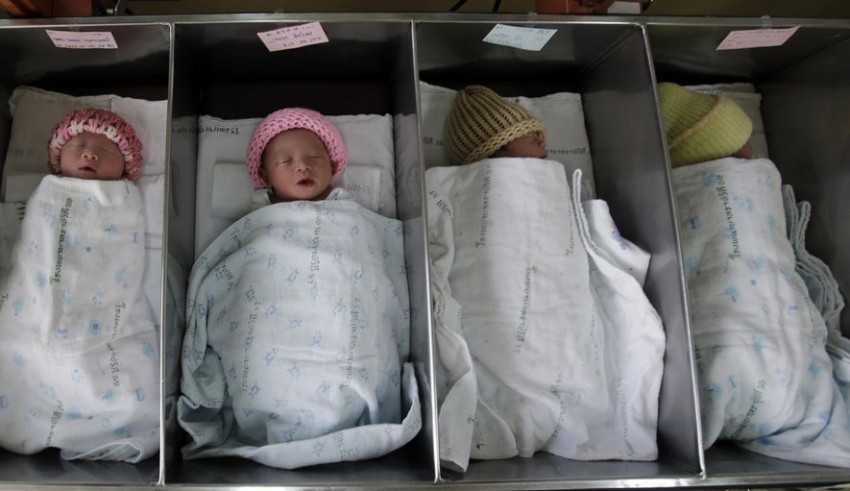 The declining birth rate had become a concern in Thailand a long time ago and the country had tried everything from cash bonuses and tax benefits to provide a boost to the country’s birth rate but it all seemed to not take affect. So for this Valentines’ day, Thailand adopted a new policy to boost the birth rate by handing out vitamin pills. Like several other Asian countries, Thailand is ageing rapidly. Birth rates have dropped sharply from more than 6 children per woman in 1960 to 1.5 in 2015, according to World Bank figures.

In Bangkok, health officials handed out folic acid and iron pills in pink boxes at six locations to entice couples to prepare for pregnancy. The pills came with leaflets explaining how to be healthy in order to conceive. Relationships and sex were previously a taboo subject in most Asian countries but health experts say that Thailand will have to talk even more about conception and birth if it wants to boost its population. “From 1970 to 1983 there were an average of 1 million Thais born each year. After that the birth rate began to decline. Now there are just over 700,000 people born each year,” Kasem Wetsutthanon, director of the Metropolitan Health and Wellness Institution, told Reuters. “At the moment Thai couples are having an average of 1.5 children. Ideally, it should be 2.1 if we are to maintain the population growth.”

Successive Thai governments have introduced various schemes to encourage baby-making but, like in neighboring Singapore, whose birth rate is among the lowest in the world, they haven’t seen much success. Thailand’s cash bonuses and tax incentives for people with children have done little to boost births but analysts said they weren’t generous enough to prompt Thais to have more children. They didn’t cover the real cost of raising a child, they said.